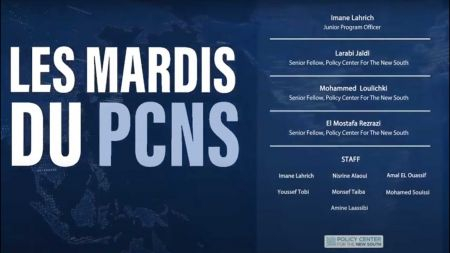 Rabat – Morocco-US relations are based on solid foundations, in which historical, political and economic dimensions intersect, able to anticipate their future and expand their prospects, said Professor of International Law at Mohammed V University in Rabat, Tajeddine Houssaini.
Invited by the Policy Center for the New South (PCNS) as part of the weekly program “Tuesdays of the PCNS”, Houssaini reviewed the historical milestones in relations between the two countries, noting that Morocco was the first country to recognize in 1977 the independence of the United States of America during the era of Sultan Sidi Mohammed ben Abdallah. This recognition was not an isolated event in the course of Moroccan-American relations since ten years later, the two countries signed the Treaty of Peace and Friendship as a cornerstone in the framing of bilateral relations, the academic went on, specifying that the development of bilateral relations “was not based on the recognition of one party in its confrontation with another, but rather on cooperation relations recognizing the United States of America as a state and on the protection of its territorial integrity”. After highlighting that the decision of the United States to recognize the Moroccanness of the Sahara is not in contradiction with the Charter of the United Nations nor with the handling of the matter by the Security Council and the Secretary General, the professor of international law noted that the Security Council considers since 2007 the Moroccan proposal of autonomy in the southern provinces of the Kingdom as a serious, credible and realistic solution and calls in its decisions for a political solution based on negotiations, as well as refutes the question of the referendum which has been abandoned. In terms of strategic relations between Morocco and the United States, the academic considered that the two countries share a common interest that is illustrated for Morocco in controlling the balance of power at the regional level, and for the United States to have a strategic ally in this region of the world.