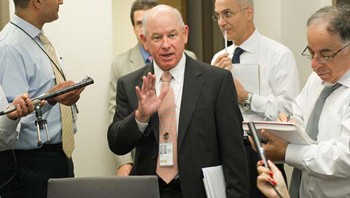 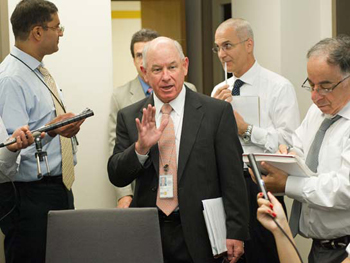 The position of Washington and Paris, as regard to the Western Sahara issue, did not change. The United States and France continue supporting the UN process aiming at achieving a final settlement of the Western Sahara conflict, have indicated the spokesmen of the two countries foreign affairs departments. Despite of the absence of a real progress, has assured  the State Department Spokesman, PJ Crowley, Washington will continue supporting the UN mediation efforts and those made by its General Secretary personal envoy to the Sahara, Christopher Ross. « There is no change in our policy, we continue supporting the UN mediation », has declared Crowley on Tuesday during his everyday press briefing. This declaration comes two days after the completion of the 4th session of informal negotiations on the Sahara which took place between the 16 and 18th December, at the Greentree, in Manhasset, New York suburb, following the invitation of Christopher Ross. The latter has, nevertheless, announced that the delegations have already fixed the dates of 21st, 22nd January and the month of March 2011 to continue discussions.

In reaction to these new meetings between the Moroccan delegation and the Polisario, Algeria and Mauritania ones, Paris considers that the acceleration of the rhythm of informal negotiations on the Sahara, is an « encouraging indication ». The Quai d’Orsay has even reiterated on Monday, its support to the « continuation of negotiations », under the UN aegis. «The acceleration of the rhythm of meetings is an encouraging indication », has declared the spokesman of the French foreign affairs Ministry. There is no way, has he declared in a press briefing, to talk about failure. The French spokesman has even used Christopher Ross words, to say that informal discussions indicate « the beginning of a new dynamic in the negotiations process, based on an innovative approach, and that they will be followed by regular meetings ». The spokesman of the Foreign Affairs Ministry has finally reiterated France support to the UNO action and that of its envoy to the Western Sahara, to reach a realistic political solution, sustainable and mutually acceptable by all the parties concerned in the Western Sahara issue, in conformity with the resolutions 1813 and 1871.