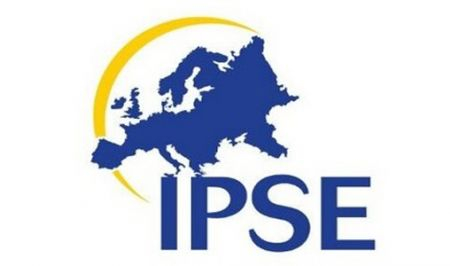 Paris – The recognition of Morocco’s sovereignty over the Sahara is a “pacifying” element that helps with the progress beyond the status quo which prevents the resolution of a destabilizing conflict for the euro-Mediterranean region, said Emmanuel Dupuy, president of the Institute for European perspective and Security (IPSE), a Think tank specializing in geopolitical and geostrategic issues, based in Paris.
The recognition of Morocco’s sovereignty over the Sahara is a pacifying element in the true sense of the term. It allows progress beyond the status quo and beyond the position that the international community, including France, recognizes with the 1991 ceasefire agreement and the autonomy solution proposed by Morocco in 2007, said the geopolitical expert in an interview with MAP, ahead of a virtual conference on the theme “Threat of the Polisario for the Euro-Mediterranean region: an undeniable responsibility of Algeria”, organized jointly by the IPSE and the Mandela Institute. Currently, there is “a new powerful dynamic” which is taking place concerning the question of the Sahara, affirmed the President of IPSE, also National Secretary of the “Centristes”, deeming that France and the European Union must also be part of this dynamic which so far involves more than twenty countries. No less than 25 diplomatic representations (consulates or offices of economic interest), have positioned themselves in the Sahara, from countries which obviously understand that the North-South and South-South dynamics and the Eurafrican transversality pass through this corridor, where the trans-African pipeline is going to be built, stretching from Lagos to Tangier to bring oil in a safer, more regular and less disturbed way, he added. According to the geo-political pundit, a pacification of the region is “obviously in the interest of all”, affirming that the development of the West African sub-region and its unity with the establishment of a common currency, are pillars creating a real space for exchanges, that is accelerated by the effective establishment of the African continental free trade area since the beginning of the year. To this is added the great interest of this area on the economic level knowing that it is in the area of ??West Africa, the 16th economic power, that the most stable and the most important economic area is located, which gives it a power enabling it to influence international relations, he added. To be more pragmatic, the expert considers that “the first step, for France and Europe, would be to follow the diplomatic dynamic that is under way in the southern provinces, whether in Dakhla or Laayoune, and to support it, as the Americans have understood and done very well, with the establishment of economic structures”. He recalled, in this context, the signing of two economic agreements between Morocco and the USA, agreements underpinned by the establishment of the United State International development and financial corporation with the aim of making Morocco the first stage in the project of “Prosper Africa” which is really the gateway to economic interests in West Africa. According to him, the stagnation of the conflict (of the Sahara) and international weariness go hand in hand with the need to move forward and find innovative solutions, affirming that Morocco, from this point of view, is particularly well equipped with the national strategy for human development (INDH) which places human capital as an inclusive factor of all Moroccan populations and the extensive regionalization process under the Constitution of July 2011. This policy will allow greater participation in the decision-making processes of local actors and, therefore, a recognition of the powers of territorial autonomy, namely this notion of the Moroccan initiative for the negotiation of a status of autonomy for the region of the Sahara which is “a good base for work”. Dupuy also expressed confidence that “we will find a solution to the Sahara conflict which consumes a lot of diplomatic energy and a lot of financial means”. Recalling the position of Algeria concerning the conflict in the Sahara, and its recent provocations towards Morocco, Emmanuel Dupuy stated that the Algerian regime needs to be in a logic of strategy of tension to avoid having to manage internal problems, while the Hirak, this movement of political and social protest, is resuming more vigorously.