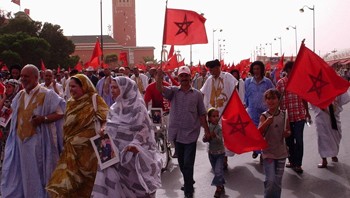 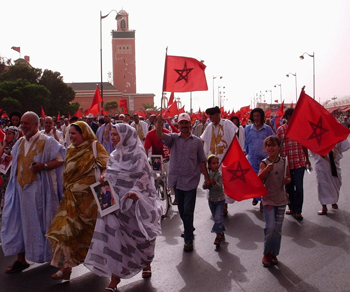 After eight rounds, direct and informal negotiations, held since 2007, under the UN aegis, in order to reach a negotiated settlement to the Western Sahara conflict, are still deadlocked. The last round which took place in mid-December, near New York, ended with no foreseeable  progress, but not less distressing, as pointed out by the daily British newspaper, the Financial Times, in its edition of 28th December. Neither Morocco nor Polisario have abandoned their positions, states the daily newspaper, specifying that the only agreement achieved by both parties has concerned the necessity to accelerate negotiations during next year. Morocco, recalls the newspaper, refused since 2007 to discuss the holding of a referendum and proposes as the best offer, an autonomy plan for the territory in dispute, under the Moroccan sovereignty. The international community has agreed, recognizing the impossibility to organize a referendum without Morocco, which controls the territory since 1975.
The United States and France, two permanent members of the Security Council, have supported the autonomy option, continues the London newspaper. Even the former UN special envoy for the Sahara, Peter Van Walsum, has reached, before resigning, the conclusion that independence was an irrealist option. A point of view shared by the Council powerful members who think that there is no more possibility to make the referendum. The Tunisian president, Zine El Abidine Ben Ali, himself declared to be convinced that there would never be an independent state in the Moroccan Sahara. Success chances of negotiations about the future of the Western Sahara remain, as was recently predicted by the Moroccan Foreign Affairs Minister, Taïb Fassi Fihri, « weak, even non existing » in the absence of any disposal from the other parties to reach a political settlement.

The great loser in the sinking of this issue is the Sahrawi population, has indicated the Financial Times, underlining that those settled in the refugees camps are leading a hopless life, having neither job nor authorization to work in Algeria. Tired of this wait-and-see policy which has prevailed during decades in Tindouf camps, thousands of young Sahrawis are born and have been recruited in these camps, with no future prospects. What remains for them ? escape at any price from this hell. Many among these young people have escaped from this chaotic life conditions and joined their home land Morocco to start a new life. But there are also those who have chosen easy money-making and have shifted to end up in the criminality combing the Sahel. International media, namely, the American ones have recently made a report on the terrorist and criminal activities, unequivocally implying some Polisario elements. Names such as « Omar Sahraoui », known as « Mr. Marlboro », in relation with out of date cigarettes traffic and suspected of kidnapping in November 2009, Spanish humanitarians, and « Sultan Ould Bady », former member of the Sahel gang. Because of its stubbornness, the Algerian regime has become, according to some UN and American diplomats, a source of instability in all the region of the Maghreb and the Sahel.