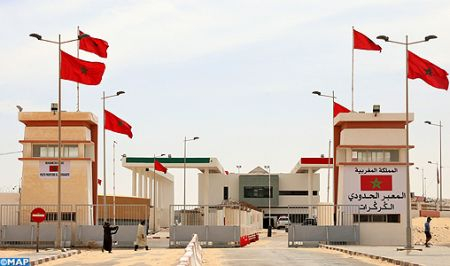 Paris – Moroccan and French experts have pointed to Algeria’s responsibility for the stagnation of the conflict over the Moroccan Sahara by continuing to finance and arm the Polisario separatists, despite positive developments in this issue on the international scene.
During a teleconference organized jointly by the IPSE Institute and the Mandela Institute under the theme “Threat of the Polisario for the Euro-Mediterranean region: an undeniable responsibility of Algeria”, Professor Mohammed Ahmed Gain, President of the African Institute for the Consolidation of Peace and Conflict Transformation, Emmnuel Dupuy, President of IPSE, and Hubert Seillan, President of the France-Morocco Peace and Development Foundation and Barrister at the Bar of Paris, deplored the attitude of Algeria which persists in fueling this regional conflict while ignoring the current positive dynamic in favor of the Moroccanness of the Sahara. The participants warned in this context against the threat posed by the fake entity, which has proven links with terrorist groups active in the Sahel, against the stability of the Euro-Mediterranean region. This meeting comes at a time when the question of the Moroccan Sahara is experiencing a historical dynamic which is reflected in an increasingly broad national consensus over the Moroccanness of the Sahara with a UN frame of reference that converges with the Moroccan autonomy initiative as the sole basis for a political solution to the regional dispute, Gain said. On the ground, the Moroccanness of the Sahara is indisputable as evidenced by the American decision and that of the countries which have opened consulates in the Moroccan cities of Laâyoune and Dakhla, thus recognizing the Moroccanness of the Sahara and its place as an economic hub and pole of stability in the Sahel-Saharan region, without ignoring the withdrawals of recognition of the fake-sadr, noted the academic. In addition, he recalled the inclusion of the Sahara region on the same basis as the other regions of Morocco in the agreements concluded between the Kingdom and its economic partners, in particular the United States, Russia, the United Kingdom and the European Union. In his explanation of the conflict over the Moroccan Sahara, the academic provided two visions, that of development, democracy and prosperity put forward by Morocco, under the leadership of HM King Mohammed VI who made the Moroccan Sahara a hub of stability, growth through the new development model and a link between Europe and sub-Saharan Africa, and that of Algeria, which is based on destabilization as shown by the blocking of the crossing point of El Guerguarat. For his part, Hubert Seillan noted that beyond the obvious reasons which are at the same time cultural, legal, economic and social, there is the geostrategic aspect which imposes the Moroccanness of this territory. The French expert warned against a complicated situation south of Algeria where there are sources of destabilization, which are mafia for the most part using drugs and criminality or “pseudo-religious with Daesh”. The President of the France-Morocco Peace and Development Foundation recalled in this regard that he had just launched, in the form of a petition, an appeal to French President Emmanuel Macron, so that France deliberately engages alongside the United States and other countries, especially African ones, which have set up diplomatic representations in the Sahara, hoping to see in the near future the opening of a consulate general of France in Laâyoune or Dakhla. Investment opportunities in the region were also discussed by Emmnuel Dupuy, President of the IPSE and National Secretary of the “Centristes”, who gave an analysis of the Euro-African cooperation, starting from the conviction that the issue of the Moroccan Sahara does not concern neighboring countries only. The conference was moderated by Paul Kananura, President of the Mandela Institute.