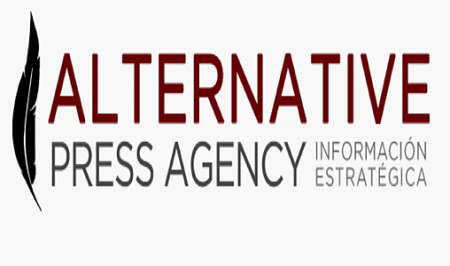 The isolation of the Polisario on the international scene is growing every day, writes the Argentinian news agency “Alternative Press Agency”, which recalls the rejection recently by the Peruvian Constitutional Court of the appeal filed by an “agent provocateur” of the Polisario declared persona non grata in Peru.

The Argentine agency says that the Court of Peru has just buried the last illusions of the Polisario to make the world believe that certain miserable camps in the Algerian Sahara form a state. The Court declared “inadmissible” the claims of the pro-Polisario, Khadijatou El Mokhtar Sidahmed, who presented herself as a “diplomat” in Peru and whom the Peruvian authorities expelled for usurpation of office, adding that this is a “devastating” blow to the demands of the Polisario to make believe that the SADR entity was “a State”. After recalling the details of the expulsion of Khadijatou El Mokhtar by the Peruvian authorities, the Alternative Press Agency recalls that Peru had severed all relations with the SADR in 1996 and that “the Peruvian government no longer recognizes” this entity. The same source denounces that the Polisario tends to use as a tactic the sending of its sympathizers holding tourist visas and Spanish or Algerian passports to break into leftist political circles and among university students before pretending to be “ambassadors” of the fake sadr. Then, they leave the targeted country before the authorities in question react to these propaganda activities, the objective being to “give the illusion of the existence of a so-called Sahrawi state”.

At the time, Khadijatou El Mokhtar spent 19 days in the transit zone of Lima airport, refusing to embark towards her point of departure, Spain, or enter as a tourist with her Spanish passport with the pledge not to conduct political propaganda activities. The Polisario took advantage of this lapse of time to launch one of its usual propaganda campaigns by pushing a group of lawyers to present an appeal before the Constitutional Court of Peru. After a little over two weeks of “media circus,” the Argentinian media went on, the Peruvian government finally lost patience and five police officers forcibly boarded Khadijatou El Mokhtar on a flight to Madrid. However, the judicial process in Peru continued. The Constitutional Court has just put an end to it with a unanimous decision by its seven magistrates who considered Khadijatou El Mokhtar’s request unfounded. This judicial decision in Peru, writes Alternative Press Agency, confirms not only the fake aspect of the sadr and its false diplomats, but also “the decadence and international discredit which surrounds the Polisario and the separatist cause which only survives thanks to the support of all kinds provided by the Algerian government and by an increasingly reduced handful of left-wing parties and fellow travelers specializing in the defense of phoney humanitarian causes in order to continue surviving politically”. The Argentine media finally considers that “the tactics that the separatists of the Polisario have been using for forty years to maintain themselves no longer convince anyone and their organization is doomed to disappear in the medium term, like what happened to the Irish IRA or ETA in Spain.