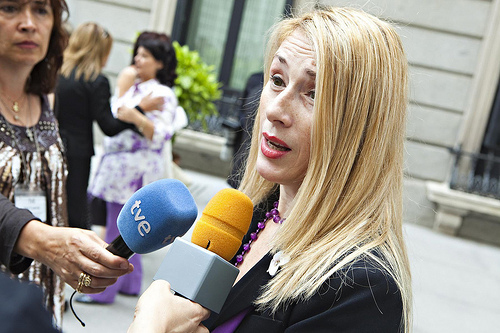 The Polisario terrorist crimes are always the done thing. 35 years after, the surviving persons and families of Canarians killed in cold blood during the 70s and 80s by the separatist movement militia, are still sticking to their right. They are still waiting and require, according to the Spanish electronic newspaper “El confidencial.com” from the Madrid government, “material compensation and to be recognized as victims of terrorism”. Dozens of Spanish people, some 300 according to the Canarian association of victims of terrorism (ACAVITE) were assassinated, injured or kidnapped in the period between 1970-1980 by some armed elements from the Polisario. The majority of these crimes were made in the Sahara coasts or next to the Phosboucraa mines. The Canarians are not the only ones to suffer from Polisario terrorist acts, dozens of Mauritanian families are still waiting to know more about the destiny of their relatives who were retained in Polisario jails in the South of Algeria, and who did not disappear without any track.

Till the date of today, neither the Polisario leadership, nor the government of Algeria where the crimes took place, accepted to collaborate to the elucidation of these questions in relation with forces disappearances. ACAVITE, created in 2006 and based in Canary Islands, requires that the Canarian victims be recognized by Madrid government as being victims of terrorism just like the victims of terrorist attacks of 11 March 2004 or those of T-4 in Barajas airport, for which the separatist organization ETA has recognized being responsible.
Till now, the office supporting the Terrorism victims, reporting to the Spanish interior Ministry, recognized this  title only for 90 Canarian workers, against 300 censured by the association. “During the last 35 years, a romantic propaganda was built around the Polisario Front, a propaganda which was not at all real”, has deplored the ACAVITE President, the Canarian journalist, Lucia Jimenez. While regretting  “the double moral which has always been practised by PSOE and PP”, Jimenez accused “all the governments of the Spanish democracy for having practised a “systematic negationism” of attacks made against Spanish citizens by the Polisario during the armed confrontation against Mauritania and afterwards against Morocco”.