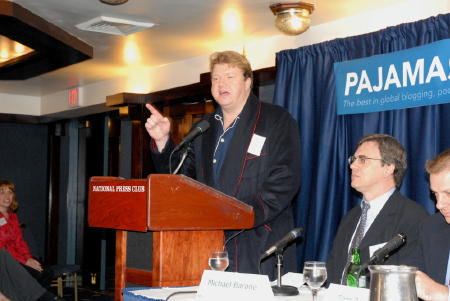 The statu quo prevailing for a long time in the Western Sahara conflict does not seem to disturb at all the Polisario and Algeria leaders’ conscience. On the contrary, for the separatists, at their head Mohamed Abdelaziz, it is a means to preserve their own financial interests to the detriment of the populations in Tindouf camps. While the Algerian regime wants to weaken Morocco through an endless Sahara issue to impose a “kind of leadership to the Maghreb”. As witnessed by the American investigative journalist, Richard Miniter, who has returned from one week trip in Tindouf camp, the Polisario leaders are “denying completely the reality which remind of the last days of East Germany, which senior executives refused to watch the West-German television, and to talk to their families living in prosperity in the other side of the Berlin wall”. In a report entitled: “the most useless conflict” published in the first edition of the French version magazine US Foreign Policy, Miniter relates that the Polisario leaders are the only persons in Tindouf camps who do not talk on phone to their families in Morocco.

He gives, among other examples, the case of their representative in Washington. The latter has told him in confidence “with sadness that he has not seen his father since decades and that it would not be possible for him to see him, as his father died in an ultra modern hospital in Morocco”. This separatist leader, adds Miniter, “knows that a visit to Morocco means that he would lose his job”. This is also the case of the Polisario chief, Hmatou Ouled Khelilli Mohamed Salem Rguibi alias Mohamed Abdelaziz. The latter has declined many humanitarian invitations to go to Morocco or Europe, to see his seriously ill father, Khlilli Ben Mohamed Al-Bachir Rguibi (95 years) who is living in Kasbat Tadla (centre of Morocco) and has not seen his son since more than 35 years. In Tindouf camps, the journalist describes an environment in complete anarchy, in which the Polisario leadership can not guarantee a kind of order. A situation, he said, which is aggravated by lack of infrastructures and absence of a legitimate power. A simple visit in the camps, states Miniter, demystifies the claims for a “national autodetermination” of the separatists leaders. All that interests the latter and their chief is the money they are gaining from the international humanitarian aids intended for civil populations. The greater part of this aid is misappropriated and sold elsewhere. And Richard Miniter concludes that “money, politics and credulity count greatly in the perpetuation of this useless conflict”.