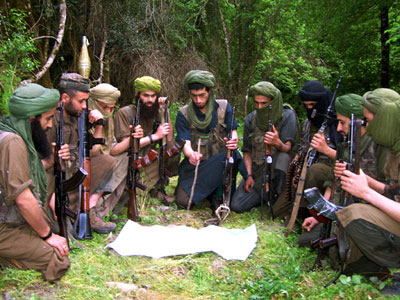 The informal discussions between Morocco and Polisario about the Western Sahara issue will be resumed on 21st January, under the UN aegis, while the international pressures become more intense to put an end to this regional conflict which persists in an area which is being gradually invaded by the AQMI terrorist threat.
Till now, the meetings supervised by the UN mediator Christopher Ross, did not allow remarkable progress. The Polisario and Algeria, main support to the Front claiming the independence of the Western Sahara, refuse the autonomy plan proposed by Morocco. Nevertheless, in 2007, this proposal has allowed to unfreeze the negotiations and launch again the process for the political settlement led by UNO. The Security Council has stated that the autonomy proposal constitutes a base for “serious and credible” negotiations.

The present deadlocked situation seems to be less comprehensible that the Sahara and Sahel region is regularly shaken by the terrorist activism of Al Qaida in the Islamic Maghreb (AQMI). Constituted in its majority of groups from the ex- Algerian GSPC, AQMI has quickly made interest relationships with the arms and drugs traffickers widespread in the region. The greatest haul led jointly by the Mauritanian and Malian forces in December 2010, has allowed to arrest many elements from the Polisario, member of “one of the three main traffickers networks” in the region.
The increasing complex web of AQMI activities with all kind of traffickers has become one of the main concerns of the States in the region like those of Europe, especially that the terrorist operations fix as targets the Western citizens and the countries in the region (Mali, Mauritania, Niger). The latter are facing the great problem of controlling their vast and desert territories. It is this AQMI weakness for “Weak states” which makes the Western leaders and experts afraid of a terrorist drift in the region. A statement which makes an American expert declares that “the last think that Africa needs is another dependent and inept state”.