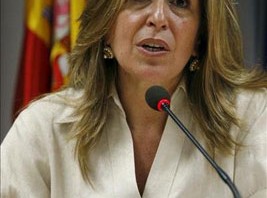 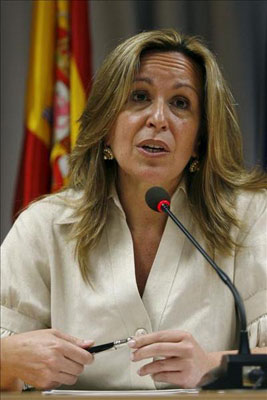 With the resuming of informal negotiations on the Western Sahara in Manhasset, many personalities from the diplomatic world support the Moroccan autonomy proposal as a just and fair option. The referendum option, they believe, is difficult to implement. It is the case of the Spanish Foreign Affairs Minister, Trinidad Jiménez, who has mentioned on Thursday, the existence of other alternatives for the resolution of the Sahara conflict, other than the referendum.
Jiménez has underlined, in her declaration to « COPE » radio, the difficulty to organize such a referendum to reach a settlement to this dispute, as it is the case of other conflicts in other parts of the world.
The Chief of the Spanish diplomacy has reminded that the « Polisario itself recognizes the complex aspect of such a consultation”, not to mention the incapacity to proceed to a census of the persons having the right to vote.
One day before, the Presidency Spanish Minister, Ramon Jauregui has even advised the Polisario not to reject the option of autonomy for the Sahara proposed by Morocco. Jiménez and Jauregui have, moreover, referred to the Spanish efforts made to help Morocco and the Polisario reach a ground for agreement. Spain, said Trinidad Jiménez is playing a constructive role trying to bring closer “even if it is difficult” the positions of Morocco and the Polisario.

Even on the Algerian side, more voices are declaring their being in favour of the Moroccan autonomy proposal. Thursday, in Marrakech, on the fringe of the international Forum on the Moroccan Sahara issue, Said Hafed, a poet, writer, journalist and founder of the national association for creators in Algeria, has qualified the Moroccan proposal of being “an audacious initiative” to put an end to this  conflict which affects all the Maghreb region. It is “a project intended to find a perpetuating solution to an artificial conflict which has too much lasted and to make the region come out of this critical situation which had negative consequences at all levels”, has assured Said Hafed.
Unfortunately, the powerful men of the present regime in Algiers see things otherwise.