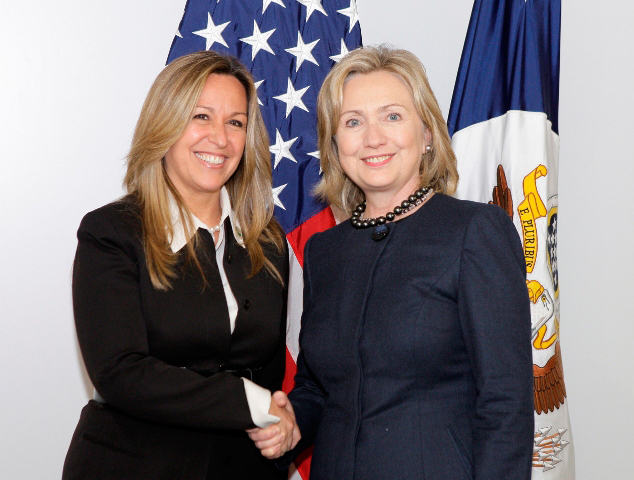 After five rounds at a stretch of informal negotiations under the UN aegis , the delegations take a long time to get to the heart of the discussions for a final settlement of this old Western Sahara conflict. Spain which is feeling that its relationship with Morocco, its neighbour at the South side, suffers in a considerable manner, from the tensions this conflict has created in the whole region, has decided to enter the diplomatic circuit to contribute putting an end to this deadlocked situation. The first days of her working visit to the USA, the Spanish Minister of Foreign Affairs, Trinidad Jiménez has offered on Monday, to the UN General Secretary, Ban Ki-Moon and his personal envoy for the Sahara, Christopher Ross, help of her country to get out of this conflict. Jiménez has touched on with these two senior executives, the prospects of the dialogue process on the Western Sahara, immediately after the end of the fifth round of informal negotiations which took place between the 21st and 24th January, in Manhasset, next to New-York.

A new meeting, according to Ross, did not reach any concrete solution apart from the fact that “each party has continued rejecting the proposal of the other party as a unique base for the coming negotiations”. Spain, has assured Jiménez, is ready to help the UNO and the two parties (Morocco and the Polisario) reach a fair and sustainable settlement. It concerns, has she declared, a difficult conflict which lasts since years and there should be a way to get out of it. To help in the matter, the Spanish Minister proposed namely to enhance the level of the representatives of the “Group of the Sahara friends” at the UN (composed of Spain, USA, Russia, France and the Kingdom of Great Britain), from experts to ministers. This proposal, according to the Spanish press, was welcomed by the concerned ministers, but the latter want that “this possible meeting be given a content and that it serves to accompany a commitment between the parties, which is not yet made out”. The same proposals, Trinidad Jiménez should made them this Tuesday to the American State Secretary, Hillary Clinton. The idea of the Spanish diplomacy to further involve the other members of the group of the Sahara friends may be a fruitful one on the condition of involving Algeria also, as, when all is said and done, it is Algeria which has the key to the solution.