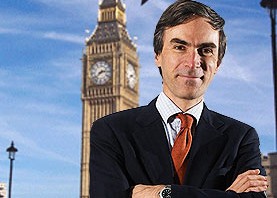 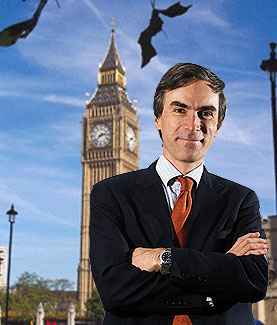 The referendum option for the independence of the Western Sahara to which sticks with obstinacy the Polisario front supported by the regime of Algiers, is an unrealistic solution which threatens the security of the whole region. This is at least the opinion of Andrew Murrisson, a conservative member of the House of Commons (Lower House of the Westminster Parliament). Intervening during a debate about the Moroccan Sahara, organized recently at the British Parliament in London, Murisson has indicated, at this purpose, that he is sharing the conclusion reached by the former UN special Envoy for the Sahara, Van Walsum, declaring that “Independence (of the Sahara) was not a realistic option”.
In its reasoning, the British Member of the Parliament explains that “even if we accept hypothetically the principle of independence, this means the creation of an entity of the same size as the United Kingdom and with a population equal to that of the (English city) Bristol”. Murisson continues then wondering how such an entity may guarantee the internal and external security in a very difficult environment without relying indefinitely on the minor or important help of foreign agencies. “Will we be in a comfortable situation with the existence of such an entity becoming a client of the People’s Democratic Republic of Algeria, that many human rights organizations qualify of being a militarist State, closed and repressive?”, wonders again Murrisson, the Member of the British Parliament.

Talking about the autonomy initiative presented by Morocco for the settlement of the Western Sahara conflict, Andrew Murrisson has recalled that this process has gained in 2009, the support of the majority of the American representatives and the majority of the senators in 2010. The United States continue thus supporting the Moroccan autonomy plan, has he said, specifying that the American administration is very conscious of the benefits of the federal model. The Moroccan proposal offering a considerable autonomy, has he insisted, would certainly end by gaining the UNO support in the sense that “it represents a kind of self-determination”. The statu quo in the Western Sahara issue, has concluded the Deputy Murrison, is not beneficial neither to the Maghreb which continues paying the price at the economic and social levels. On the contrary, it offers the opportunity to the terrorists groups to move their operating base in the large spaces barely under control  in Mali, Niger and in the South of Algeria.