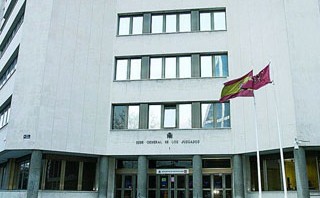 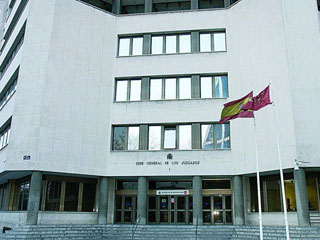 The perverse effects of the bloody events in Gdem Izik camps, next to Laayoune, are still a topical question in Spain. Six pro-Polisario activists have been summoned to appear tomorrow, Friday, in front of the Spanish justice, for making trouble at the Parliament. The Spanish activists, known for their blind support to the independence movement claiming self-determination in the Western Sahara, were taken to court, accused of “making serious trouble and disruption in the public order”. According to the Spanish legislation, they risk for this offence, six to twelve months imprisonment, accompanied possibly with a fine. The sitting will be held at the Plaza de Castilla Court in Madrid.
At the beginning of the last month of December, the charged would be questioned by the police upon order from the President of the Spanish Congress (Lower House of the Parliament), for having created trouble at the Parliament.

The questioning took place while the Spanish Members of the Congress were holding an open session devoted to the discussion and vote of a text in relation with the bloody events having accompanied the demolishing of Gdem Izik camps, in the suburbs of the city of Laayoune, chief town of the Western Sahara. During this session, the pro-Polisario activists who were following the debate from the guests’ place in the Chamber, have disturbed the works of the Congress Members and prevented the smooth working of the session by uttering some anti-Moroccan and pro-Polisario slogans, in a vain attempt to influence the vote of this text.
In front of this uproar, the President of the Congress, José Bono was obliged to interrupt the session and clear the court from the guests. He ordered afterwards the police to question the pro-Polisario activists who were expelled from the Parliament.
After their questioning and their identification in the police dock at the Chamber, they have been transferred by police van to a police station in the capital , where they have been heard and a minute has been prepared before their appearance in front of court. The pro-Polisario activists, especially the Spanish ones, who are in reality the real party-poopers ready to sell themselves for the lower price, did not miss any opportunity to cause trouble. A great number of articles published by Spanish newspapers about the Moroccan Sahara issue, reveal that these activists are manipulated by the Algerian intelligence services which often assume the transport and lodging expenses.