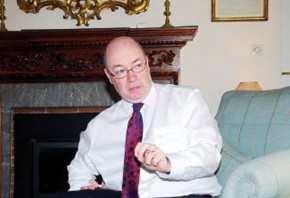 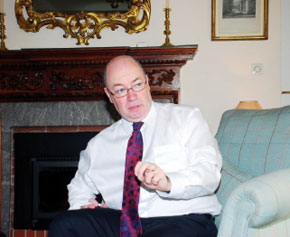 The relationship between Rabat and Algiers can still not break free of the statut quo in which the Western Sahara conflict persists. And as has just been maintained by a senior executive of the British diplomacy, in the absence of a solution to the Sahara issue, “there is little chance that a significant improvement would happen in the relationship between Morocco and Algeria”. Intervening during a subsidiary discussion, held on Thursday evening at the British Parliament, around the Sahara issue, Alistair Burt, Minister of Foreign Affairs in charge of Middle East and North Africa, has underlined that the problem of the Sahara continues blocking a significant cooperation through the Maghreb as regard to the struggle against the threat posed by the extremist groups. At the same time, the Maghreb, has he insisted, constitutes an emerging market and takes on an increasing strategic importance for the United Kingdom. Concerning the concern expressed by the Moroccan government about the increasing involvement of Al Qaida in the Islamic Maghreb (AQMI) in the criminal activities throughout the region, the British diplomat has ensured that the government of his country is sharing these same concerns.

According to the Minister at the Foreign Office in charge of Middle East and North Africa, the recent discovery of an important arms cache in the city of Amgala, which perpetrators are in contact with Al-Qaida, has but reinforced the great worry of the two countries. Alistair Burt expressed his satisfaction of the “warm atmosphere, full of respect” which has characterized the last round of informal negotiations, hold in Manhasset (next to New York) under the aegis of the personal Envoy of the Secretary General for the Sahara, Christopher Ross, and in the presence of delegations representing Morocco, Algeria, Mauritania and the Polisario. During his last visit in last December to Morocco, the Foreign Affairs Minister, in charge of Middle East and North Africa, has specified regarding the Sahara conflict, that in Great Britain, “we insist on the necessity to reach a negotiated solution”. No outside party can dictate its solution, has he declared to the local press, insisting for a solution “negotiated and mutually accepted”.