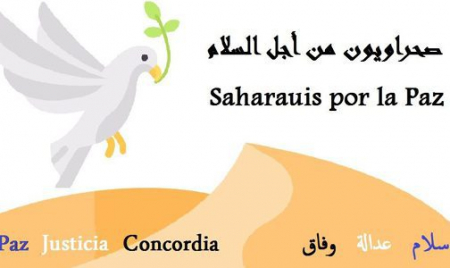 The struggle of the Sahrawi Peace Movement to denounce the crimes of the “Polisario” and encourage dialogue to reach a peaceful solution to the artificial conflict over the Moroccan Sahara was highlighted, Thursday, by Jordan’s E-Newspaper “Al-Sawsana.” The Movement, which was founded a year ago by more than a hundred leaders, officers and former senior officials of the “polisario” as an “alternative movement,” continues to “struggle to denounce the crimes of the polisario by calling for dialogue to reach a peaceful solution to the Sahara conflict,” writes the media outlet. The Madrid-based movement was created, on April 22, 2020, in a context marked by the lack of prospects, the paralysis of the peace process, the despair of the population held captive and a loss of confidence in the “polisario” that is visibly in decline, it adds. “The Sahrawi Peace Movement has managed to strengthen its presence in the Sahara region and the Tindouf camps on Algerian soil,” building on a positive influence and alternative visions to find a coherent and lasting political solution to end the suffering of the Sahrawis in the Tindouf camps, the news site notes. The e-journal also discussed the efforts made by the movement to convince the “polisario” leaders and all Sahrawi political movements, currents and organizations to open a dialogue so as to formulate a common strategy for a peaceful and sustainable solution to the conflict. The movement also calls for the involvement of all international bodies and organizations for peace in the Moroccan Sahara, “Al-Sawsana” said. The Movement had sent a letter to the UN Secretary-General, Antonio Guterres, in which it expressed its willingness to work to achieve a “peaceful solution” in the framework of “peace and consensus”, says the media outlets “Al-Sawsana”. The movement also sent a letter to the U.S. Secretary of State Antony Blinken, in which he asked the U.S. administration to press for a solution to the Moroccan Sahara conflict. The Sahrawi Movement for Peace includes former “polisario” officials, students, human rights activists, as well as members of the Sahrawi Initiative for Change, an opposition movement within the Tindouf camps.