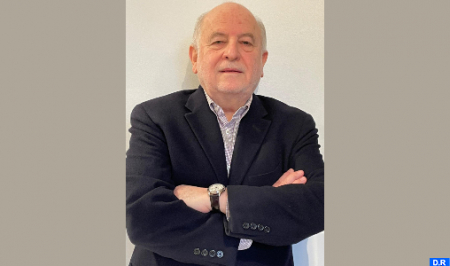 Cairo – Sahrawis have started to become aware, in recent weeks, of the growing danger that the “polisario” poses for them, their children and their future, Lebanese writer and journalist Khairallah Khairallah wrote. In an article under the title “Part of the polisario rejects the Algerian prison”, published Friday in Al-Arab newspaper, Khairallah explains that these developments occur while the “polisario continues to be the puppet of Algeria and its leaders refuse to recognize that the situation in which the front was created has changed completely.” The article stated that this awareness has started to grow from within the “polisario” since April 2020, after the creation of a new political framework notably, the “Sahrawis for Peace” movement. The author noted that the founders of this movement “decided to follow a different path from the one taken by the polisario front,” adding that “we can not underestimate such development, which confirms the refusal of the Sahrawis to adopt the same behavior.” “There is no doubt that the group that founded this movement remains convinced that the polisario must reconcile with reality,” the author wrote. Leaders and activists of the new movement “have decided to face reality and seek formulas of understanding and coexistence with Morocco, he added. It is no secret that Morocco has made great progress since the Green March till the recognition by the United States of the Moroccanness of the Sahara. In addition, several African and Arab countries have opened consular representations in Laayoune and Dakhla, contrary to the “polisario” that multiplies failures by harassing Morocco, at the instigation of Algeria, he concluded.