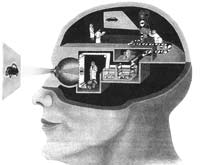 The battle that opposes Morocco and Algeria on the file of the Sahara, beyond the analyses taken by the media, constitutes a true philosophical quarrel.
Morocco, for several years, has understood that its economic takeoff would strongly depend on its capacity to reform, to open, and to engage in a real intercultural dialogue.
The brightest testimony of the success of Morocco in this field is the very strong popularity whose the various festivals enjoy the Kingdom, with at their head, the Fez Festival of Sacred music, and the Festival of Essaouira of World Music .  Morocco is décomplexé, it accomodates the ambassadors of Christian worships, as well as Jewish, and clarifies Moslim ancestral arts. It also proposes, within this festival, a platform of dialogue, having for topic "a soul for globalization".
Find themselves there intellectual, thinkers, writers, journalists, but also captains of industry, which need, to understand and exchange, on the crucial topics of  identity and spirituality.

The crucial question, is: Which Maghrebian model of tolerance, development, and dynamism will be chosen to take up the challenge of globalization? The  question seems distinct, because Morocco, which took the route of the reforms, wants to live the globalisation quietly, by putting in functioning order the multiple assets of which it disposes.
A the reverse, Algeria seems to make the bet of the financial power and the money.
This strategy, dictated by richness of basement, is fragile in the medium-term, because Algeria is not safe from an extraordinary breakthrough in renewable energy, which would make its analysis of the  situation no longer valid.
In fact, while counting exclusively on entries generated by exploitation of its energy, Algeria makes a bet of world economy strongly dependent on oil and gaz. However,  it is precisely at this time  of its history that Algeria needs the maghrebian construction, which could make the country benefit from Moroccan technicality and of its knowledge to make technologies with the agriculture.
Economic bridges between Morocco and Algeria are innumerable, which makes all the more incomprehensible the steering on the question of the Sahara.
At the end, what is all this is about? is it about the opening towards the Atlantic for Algeria? or a position dictated by the illusion of the power offered by the black gold? Or about a historical lack of vision?
Probably a combination of all that.  One knows how the quarrel of old and modern finished… history will tell.