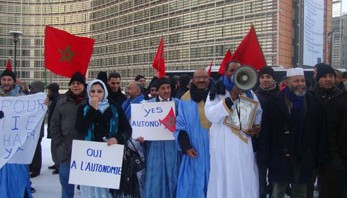 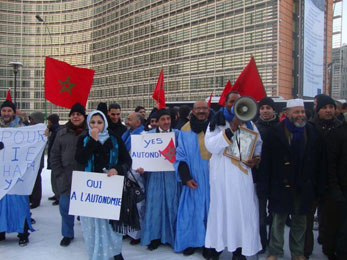 Despite the black-out imposed by the Polisario to dozens of thousands of Sahrawis retained in Tindouf camps in Algeria, some voices rise up regularly to denounce this situation of no-right. The last initiative is the one taken by the Belgian Members of the Parliament who have in vain asked Algeria to allow them to visit these camps. They wanted to know more, particularly, about the situation of the Sahrawi children taken to concentration camps in Cuba.
Gisèle Mandaila, a Member of the Brussels Parliament, has denounced the Algerian refusal which, has she said, “hides something”. Former State Secretary has, nevertheless, taken, along with other Belgian Members of the Parliament, the necessary measures with the Algerian authorities. “Unfortunately, we have not obtained this authorization”. And “since they do not let us go (to Tindouf), it means they are hiding something”, said Gisèle Mandaila, with desolation.

It is not the first time that Algiers opposes such kind of requests. It has even become impossible for the international independent media to go to the isolated camps in Tindouf. These camps where Sahrawis are totally deprived of the right to express themselves or move with freedom outside the camps. In December 2010, after the forcing back of the Polisario dissident, Mustapha Salma, Amnesty International has asked to visit Tindouf camps to inquire about other cases of human rights violations. Facing the dissuasive conditions imposed by the authorities to get access to the Algerian territory, Amnesty has preferred to renounce to its claim. Its Director for the MENA region, Malcolm Smart has answered that the humanitarian organization was “not ready to accept a limited access to Algeria. We want to get access to all the Algerian territory including Tindouf camps” has he required.