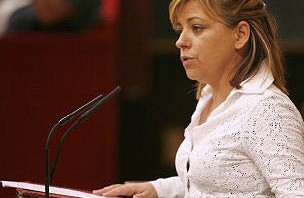 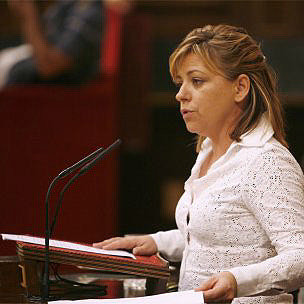 In a vain attempt to regain the support of the Spanish Socialist Workers’ Party (PSOE, now in power), the Polisario has been snubbed again. In a diplomatic offensive targeting all the Spanish political parties, the separatist movement emissaries went to Spain, intending to force especially the PSOE’s hand so as to make it change its opinion in favour of the self-determination through the referendum. But, in the last minute, the Polisario representative in Madrid has cocked everything up. Once he came to know that the number three in the PSOE, Marcelino Iglesias was going to boycott a meeting which was planned for Monday afternoon, he announced unilaterally and without informing the Spanish party, the postponement of this meeting.
The decision of the Polisario representative did not please the PSOE leaders, who, starting from Sunday evening, started thinking about the idea of simply cancelling their meeting with the Polisario delegation. Already the relationships between the two parties are not that good and the Polisario tactless behaviour  has but hammered in a nail.

Even before the meeting with the PSOE, the Polisario leadership has called, through the press, the government of José Luis Rodriguez Zapatero to take position in favour of the referendum option for the Western Sahara. To put a speedy end to these intentions, Elena Valenciano, executive in charge of PSOE international relationships, has sharply declined the Polisairo request. The PSOE/Polisario meeting , has she  said, would merely “analyze the relationships’ status” between the socialist party and the Polisario. It is certainly this decision which has pushed the Polisario representative in Madrid to postpone the meeting. Such a request was behind Marcelino Iglesias anger and has pushed him to boycott this meeting. Besides, the PSOE leaders are sharing the Spanish government’s position. In recent media declarations, the chief of the diplomacy, Trinidad Jiménez and the Presidency Minister, Ramon Jauregui have called the Polisario leadership to examine the autonomy option proposed by Morocco. Jiménez has even stated that the idea of a referendum taking place in the Sahara was “not possible to realize” mentioning the existence of other alternatives than the referendum to settle definitely the conflict. “If I were a Polisario leader, I would not reject the autonomy option, instead of spending 30 years in tents”, has confided Jauregui to the Spanish magazine “Vanity Fair” in his edition of February. The Spanish Socialist party and the Spanish government have reviewed their position concerning the Sahara issue, after having discovered the hoax of the separatist Polisario during the bloody events in Gdem Izik camp, in November 2010. What remains to be known is till when would the other Polisario sympathizers, namely those among the Spanish civil society and certain media and political parties, continue to be fooled by the separatist propaganda and its instigators? The latter are rather more interested in making this status quo situation continue to the detriment of thousands of Moroccan Sahrawis sequestrated in Tindouf camps.