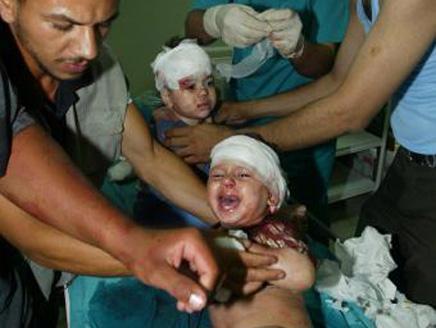 Annoyed by the good child demonstrations of 20th February in Morocco, the Polisario gave up to a new media manipulation. The peaceful march in Rabat and Casablanca were visibly not at the taste of the separatist movement supported by Algiers, to such a degree that it did not hesitate to spread old videos on the net, presenting them as if they were scenes of violent facts recorded during the 20th February march.
The process is not a new one. Already in November 2010, the Polisario leadership has committed the outrageous mistake of manipulating photos of Palestinian children injured during an Israeli attack to Ghaza, presenting them as if they were Sahrawi children. Some well-known Spanish media have paid the cost of such crass falsification.

This time, it concerns a false video spread by Twitteur Vankaas, known to serve as a relay to the Polisario propaganda on the internet social networks. Lacking sensational facts, the Vankaas used an old video, going back to one year, recorded exactly on the 7th February 2010 during an intervention of the police against the demonstrators in the city of Taroudant. But things did not turn as expected because lies on the net are quickly discovered. The Unified Socialist Party whose militants were victims of this police raid, has quickly understood the hoax. On its facebook page, the PSU denounces this new deceitfulness of the Polisario which is vainly trying to distort totally the calm and well organized demonstrations.