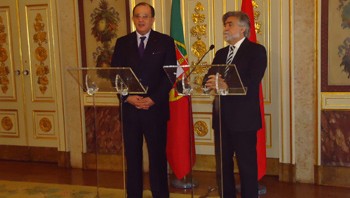 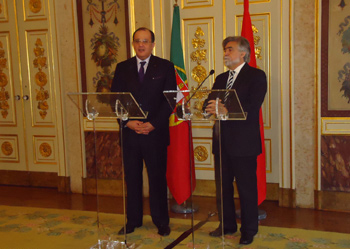 The early beginnings of some progress in the settlement of the Western Sahara conflict emerge few days before the holding in March of the coming informal negotiations round. The Sahara issue was among the subjects discussed last Tuesday in Lisbon, between the Moroccan Foreign Affairs Minister, Taib Fassi Fihri and the Portuguese Prime Minister, José Socrates whose country is presently a non permanent member at the UN Security Council. The two senior executives have taken bearings about the situation in the Maghreb and Arab World, and amply consulted each other about the status of the relationship between Morocco and Algeria as well as about the Sahara issue. José Socrates has reiterated, at this occasion, the importance for the Portugal as a member of the Security Council, in supporting the negotiations process so as to reach a quick solution in conformity with the Security Council resolutions.

On his side, Fassi Fihri, while deploring the closing since 1994, of the Moroccan frontiers with Algeria, has stated that the events happening in the Arab world, have showed that the Maghreb Arab Union is an economic necessity and a strategic and security obligation. In an interview granted Wednesday to the “France 24” channel, in its Arabic version, the chief of the Algerian diplomacy, Mourad Medelci has declared that some efforts are presently made by Morocco and Algeria, so as to establish “a new positive atmosphere” in order to strengthen the bilateral economic and social cooperation. An exchange of visits between members of the government of the two countries, has he declared, is planned for the coming month of March.
This initiative as specified by Medelci, would allow to examine the means that would give a “new lease of dynamic” to the bilateral cooperation in the very  sensitive domains such as energy and agriculture. Concerning the Western Sahara issue, the Algerian minister has supported the fact that each country has its own position on this subject, but “thanks to the efforts of the UN special envoy to the Western Sahara, Christopher Ross, Morocco and the Polisario should start negotiations out of which we are expecting a lot of things”. He has, furthermore, qualified of being “abnormal the present situation between brothers and neighbours”. Is it a signal of a possible yielding in the position of Algiers’ authorities as regard the process of settling the Western Sahara conflict? In the month of March, we will know some more things. According to some Maghrebian diplomatic sources, the next round of informal negotiations between Morocco and the Polisario should bring its “lot of news”. The Assistant Minister in charge of foreign affairs, Abdelkader Messahel who was presiding the Algerian delegation in these meetings, would be replaced by colonel Djamel Bouzghaya, President Bouteflika’s special envoy in charge of the security is the likely successor of the General “Tewfik” Mohamed Mediene, at the head of the dreadful intelligence and security department (DRS – Algerian secret services).