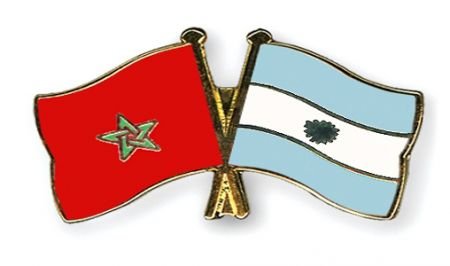 Buenos Aires – The Association of Friends of Morocco in Argentina calls on the Spanish government to apply the law and proceed to the immediate arrest of the so-called Brahim Ghali, who is wanted by the Spanish justice for crimes against humanity. In a letter addressed to the Spanish Executive, through its embassy in Buenos Aires, the association refers to the government of Madrid following information on the presence of this “fugitive” from justice on Spanish territory. The latter “entered on board an air ambulance and with a false Algerian passport under the identity of Mohamed Banbatouch, which in itself constitutes a new crime,” reads the letter. The association is surprised that the Spanish Foreign Minister Arancha González invokes “humanitarian reasons” to authorize the entry into Spanish territory “of a criminal who is wanted by Spanish justice for crimes against humanity. The so-called Ghali “is responsible for attacks against Spanish fishing boats, abductions and murder of hundreds of crew members and, years later, the detention, torture and enforced disappearance of Spanish citizens of Sahrawi origin held against their will in the Algerian camps of Tindouf,” says the letter addressed to the Spanish government. This individual is also guilty of “rape in 2010, in the city of Algiers, of Khedijetu Mahmud Mohamed Zubair, then a teenager (…) who had denounced the crime before the National Court of Spain and the United Nations Human Rights Commission,” according to the same source. For all these crimes, the letter of the association asks the head of the Spanish government, Pedro Sanchez, to “respect the Spanish tradition which considers human rights as universal and inalienable, by immediately bringing the terrorist Brahim Ghali before the Chamber No. 5 of the National Court, which demands his attendance to answer for the crimes against humanity he is accused of. “Handing over Brahim Ghali to the Spanish judicial authorities is an act of justice”, insists the document of the association.