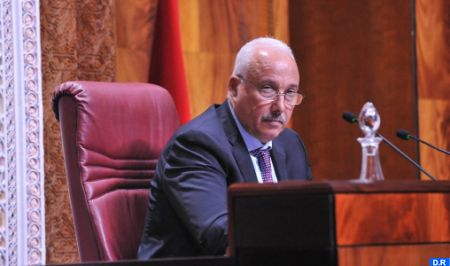 Casablanca – The hosting by Spain of the so-called Brahim Ghali, leader of the Polisario separatist militia, is incomprehensible and does not serve the spirit of deep and long-standing partnership with Morocco, said Deputy Speaker of House of Representatives, Mohamed Touimi Benjelloun. The leader of the Polisario separatist militia is being prosecuted for serious war crimes and serious human rights violations, Benjelloun told MAP, adding that “it is time for Madrid to express a clear position on the issue of the Moroccan Sahara.” He also stressed that the recognition of Morocco’s historical and legal rights over its Southern Provinces, under the Moroccan autonomy plan, is a solid basis for further consolidation of relations between Morocco and its main allies. The growing number of countries that recognize Morocco’s full sovereignty over its southern provinces and the official recognition by the United States of the Kingdom’s full sovereignty over its Sahara “raise the bar of expectations from a major partner with whom we work jointly and seriously on strategic issues such as immigration and the fight against terrorism,” Touimi said. Morocco’s sovereignty over its Sahara is rooted in history. The archives of Spanish diplomacy have multiple documents that attest to this, he added. The priority is to close this file permanently and to focus on the establishment of sustainable mechanisms to boost common economic, social and security interests, Touimi concluded.