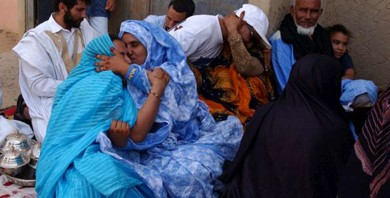 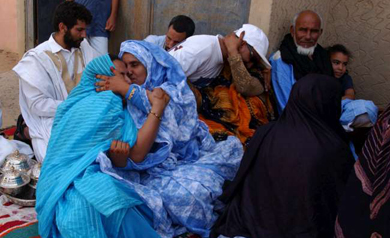 A new operation for exchanging family visits, the sixth in 2011, between the Southern Moroccan provinces and Tindouf camps, in the Algerian territory, was led on Friday 25th February, by the HCR. 58 persons belonging to 13 families, among whom 24 children and 23 women have, thus, been able to move both ways between Laâyoune and Tindouf, according to the Minurso Coordination office. Even if it were agreed upon during a meeting held on the 9th and 10th February in the UN Palace in Geneva, the exchange of these visits continue only by air. The HCR and MINURSO are undertaking actually a technical evaluation mission to establish an itinerary so as to allow beneficiary families to use land route. The Sahrawi families would be able to start their visits in the coming April, using land route to travel both ways.

The Geneva meeting to which attended, besides the HCR representative Antonio Guterres, the personal envoy of the UN Secretary General and the delegations of Morocco, Algeria, Mauritania and the Polisario, has also concerned the other means of communication such as communication  by phone and mail. The HCR was invited to present propositions on the means to activate these two services in the coming future. The participants committed themselves also to guarantee the follow up of the action plan of 2004 and to concentrate on the humanitarian objective of measures intended to establish confidence aiming to allow more than 30 000 Sahrawis from both sides to get in touch with their relatives. Concerning the exchange of visits last Friday, 25 persons belonging to 6 families from the province of Laâyoune, were taken to Tindouf by a UN aircraft, before taking seven families with a total of 33 persons from Tindouf camps to Laâyoune by the same aircraft.
Thus, the total number of persons having benefited from family visits since March 2004, are 10 402 persons, 5031 among them are from the Southern Moroccan provinces and 5371 from Tindouf camps.