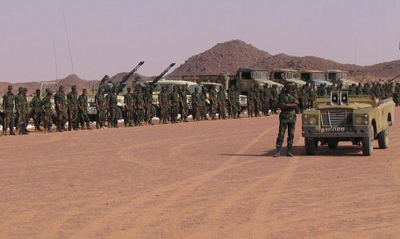 The isolation imposed by the Polisario to the Tindouf camps and the persecution of the dissident voices is no more sufficient to stop the young Sahrawis. Encouraged by the wave of protests shaking many Arab countries, these young people have launched some calls on the Net social networks to protest against the Polisario leadership accused of corruption and misappropriation of humanitarian aids.
Taking into account the blockade in Tindouf camps, established on the Algerian territory, the young Sahrawis have called the international media and human rights NGOs to support their movement. For these young people who have called their movement “Juventud e la Revolucion Sahraui”, the international community should put pressure on Algeria and the Polisario to put an end to human rights violations in Tindouf camps. The denial to the right of freedom of expression and freedom of movement inside and outside the camps constitutes a flagrant violation of the most basic international humanitarian right. According to these young Sahrawis, the HCR should, in its turn, put pressure on Algeria to allow the census and protection of the Sahrawi populations taken hostages in the camps.