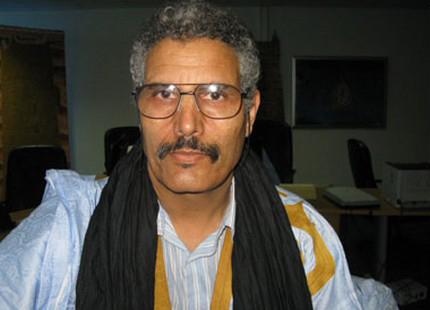 Inspired by the movement of revolt shaking the Arab world, the Sahrawi populations in Tindouf camps have equally been in the streets on Saturday, to show their being fed up with the diktat imposed on them, since 36 years, by the corrupted and perverse Polisario leadership. The demonstration organized in Rabouni, in the South West of Algeria, in response to the call launched by the “young people of the Sahrawi revolution” movement, a protester, illegal organization, was savagely suppressed by the armed militia of the separatist front. The demonstrators wanted to denounce in front of the Polisario headquarters, the “corruption, nepotism and populism” of the present Polisario front leadership, has specified, Mahjoub Salek, coordinator of “khat Achahid” an internal movement opposing the Polisario front and contesting the latter’s legitimacy.

This movement asks for the organization of free elections to change the present Polisario front leardership represented since its creation, by Mohamed Abdelaziz. The call to demonstrate comes following the “events in the Arab World and the popular mobilizations to claim change, social justice, democracy and the fall of the corrupted regimes, as indicated by « Juventud de la revolucion saharaui » (young people of the Sahrawi revolution) movement, in a press release distributed during the press conference of Mahjoub Salek, which took place on Friday, in Madrid, in Spain. On its side, the association of those who disappeared because of the Polisario (APDP) based in Laâyoune, has published a release in which it condemns with force the violent suppression of the peaceful demonstrators in Tindouf camps. The association attributes to the Polisario the entire responsibility and the consequences of this savage aggression perpetrated openly and publicly in front of the Algerian authorities, against the demonstrators who met in front of the Polisario headquarters in Rabouni. The headquarters are led by the redoubtable Mohamed Lakik, one of the senior executives of the Polisario “military intelligence service”, with the support and under the instructions of the security and intelligence department (DRS – Algerian military intelligence services). The association has called the international community to intervene in top priority to guarantee the security of the demonstrators, to protect the persecution and reprisals of the Polisario leaders. It claims also for the uncovering of all the crimes committed by the Polisario torturers against the innocent civil people in Tindouf camps.