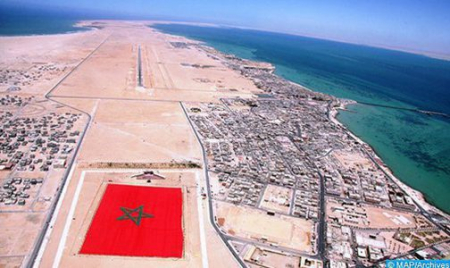 The Moroccan embassy in Paraguay denounced the “confusion and lies” contained in a story by Spanish news agency EFE, and run by Paraguayan daily “ABC Color”. In a corrective press release to the Paraguayan newspaper, in reaction to articles on the hosting in Spain, under a false identity, of the man named Brahim Ghali, the Moroccan representation rejected “the confusion and lies which are part of the propaganda of the opponents of Morocco’s territorial integrity”. The embassy recalled that “Morocco intervened peacefully last November to restore movement at the El Guerguerat border post after showing great restraint in the face of provocations from the Polisario”. It pointed out that the members of the UN Security Council reaffirmed last week their support for the political process, under the exclusive aegis of the United Nations, stressing the pressing need to appoint a personal envoy of the UN Secretary-General to resume round-table meetings with the participation of all parties, including Algeria. The Council members also praised Morocco’s cooperation with MINURSO, denounced the blocking by the Polisario armed militias of the El Guerguerat crossing point and expressed their serious concern over the Polisario’s renunciation of the ceasefire, noted the embassy in this statement published by ABC Color. “Thus, it is not difficult to identify the parties which really hamper the UN political process, ignoring the recommendations of the Security Council,” added the Moroccan embassy, ​​recalling that “it is the UN which concluded in the year 2000 that the referendum was inapplicable before affirming in April 2004 that the solution to this regional dispute must be political, negotiated and mutually acceptable”.