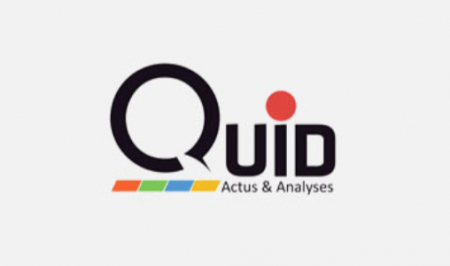 By welcoming Brahim Ghali, head of the Sahrawi separatist militias financed by Algiers, a war criminal, wanted by Spanish justice, on its soil for supposedly humanitarian reasons, the Spanish government is in real trouble, says analyst Mokhtar Salamate. The consequences of this “reckless act are far reaching with regards to Moroccan-Spanish relations,” the analyst underlines in a op-ed published by information website + Quid.ma + under the title “Spanish deception”. “First of all regarding the law! Does the Spanish Prime Minister Mr. Pedro Sanchez, has the right to make a deal, at the expense of the justice of his country, in order to give guarantees of immunity for humanitarian reasons to a convicted person sponsored by a foreign state: the Algerian state in this case ?”, the author of the article wonders. “Where is the independence of Spanish justice, the separation of powers in this country, the value of the Constitution, the rule of law etc.? Those who give other countries advice and lessons on human rights do violate their Constitution when it comes to fishing in troubled waters! ”, he points out, noting that “We are with the Spaniards, according to the Iberian doxa, partners, friends, allies, associates etc. This is just demagoguery! We are, in reality, nothing at all! ”. The author of the article also believes that at the earliest opportunity “Spain has betrayed, it has sold its ally, its partner, its associate etc. for separatist pennies. “This was done for the sake of someone who executes the wish of the Algerian power to deprive Morocco of 1/3 of its historical and legitimate territory”. For the analyst, the maneuver is really hostille. “For a country which is itself experiencing inclinations towards separatism and the pangs of division on its own territory, this is to say the least irresponsible.” “The Prime Minister, Mr. Perdo Sanchez, has taken here the most calamitous decision of his mandate or, even, of his short political life, to remain in contemporary history as the one who destroyed all the efforts made to seriously normalize the multifaceted relations between the two countries. Well done! ”, the analyst notes, adding that years of consolidation, collaboration, rapprochement and construction of a true strategic alliance“ have gone up in smoke because of a childish, senseless and illegal decision!”. According to the author of the article, Morocco should, in the coming months, reconsider globally and profoundly, its relations with Spain in the light of the Brahim Ghali affair. “A country that is capable of all betrayals cannot be, in absolute terms, a reliable partner. This is obvious,” he says. “Now to be quite explicit, as the situation requires it, if Spain considers, as it says behind the scenes, that the Moroccan peace offer is credible and serious, it has to takes action in this direction. A concrete act is needed”, he underlines, adding: “May it act like the USA, which has clearly recognized the sovereignty of Morocco over its Sahara, by assuming its responsibilities in this issue in addition to the opening of new political, military and economic prospects in the region”. “Otherwise, Spain will remain a marginal or minor force on this issue: double talk, hypocrisy, guilt, bad conscience, lack of political courage, petty politics etc”, the analyst says. The author of the article also underlines that in Morocco “we must make Spain as a former colonial power assume moral and absolute responsibility for what has been happening over 45 years in the Moroccan Sahara”. “It is a colonial power which occupied the North and the South of a country and which during a decolonization, showed dubious and sloppy passivity which led to a so-called liberation movement invented from scratch by the adversaries of Morocco, in particular Algeria”, he explains. And to note that “the bad conscience of the Spaniards regarding the so-called Sahrawi people is a chimera. It is a means of blackmail which works and which for decades enabled a corrupt separatist elite to get rich and live at the expense of the Spanish taxpayers in big hotels and enjoy life in big restaurants”.