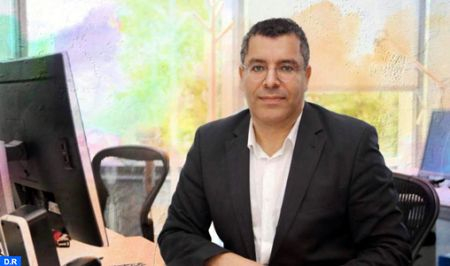 The Polisario is nothing but a military instrument through which the Algerian regime seeks to display its regional power, said Saturday the political scientist Mustapha Tossa. “In the doctrine of Algerian generals, a powerful and conquering Algeria can only exist in the face of a weakened Morocco. In the militarized ideology of this regime, the dreams of power and domination have been nourished by gas and oil which gave him in the past the ability to buy consciences and networks,” he said in an analysis under the title “The polisario … What For” published on the site “Atlasinfo”. “This software of governance is still at work in Algiers while the Moroccans, strong of their historical rights, their unquestionable unity and their regional leadership, have achieved diplomatic breakthroughs which rendered it obsolete,” notes the author. In light of international developments in the Sahara issue and the political situation in the Maghreb, a question gains much relevance: What is the use of the polisario in a political equation where the independence of this territory is totally excluded?” wonders Tossa. The political expert believes that for the Algerian neighbor, the polisario is a “valuable card” against Morocco. So valuable that it has made it a cause on which its military institution spends millions of dollars every year as long as it retains its capacity to cause harm, he notes. “So valuable that the Algerian regime prefers to write off the essential needs of its population, health, education, housing rather than depriving the polisario of its aid and sponsorship,” he says. For Tossa, this card is so valuable that the Algerian regime sees it as “the only matter of its diplomatic apparatus around the world.” The polisario card does not only serve the internal political obsessions of Algeria, but it also satisfies the aspirations of all those who openly fight against the very idea of building the Greater Maghreb, he said. For Algiers maintaining a hotbed of tension in this region is the “best guarantee that the unitary dream will not see the light of day soon,” the expert observed. It is in this context that we must place the remarks of the former French Prime Minister Manuel Valls who said that “this conflict comes from a world that no longer exists: a world of blocks, of remnants of Yalta (Agreement) and its consequences on a continent such as Africa.” This call to the Europeans, the French and Spaniards, to come out of the gray zone and publicly support the Moroccanness of the Sahara, is becoming increasingly persistent and difficult to ignore from the major decision-making centers in Europe, notes Tossa. The polisario today serves only to prolong a situation of crisis and tension in a region where the risks of destabilization are high due to other armed organizations such as ISIS and Al Qaeda, the expert concludes.