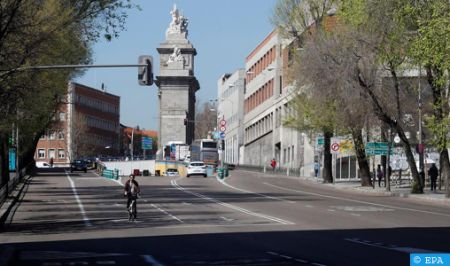 By hosting the so-called Brahim Ghali, the Spanish state has put itself in a legal, ethical and humanitarian impasse, because “either it proves that it is a state of institutions and rule of law, or it maintains this thesis for media consumption,” said Jordanian lawyer, Fawaz Al-Khalayleh. The statements of the Spanish Foreign Minister justifying the admission of this person to Spanish territory for humanitarian purposes are a “real tragedy in every respect,” Al-Khalayleh told MAP. “By allowing the perpetrator of crimes against humanity, including enforced disappearance, torture and rape in the Tindouf camps on Algerian territory, to enter its soil with impunity,” the position of the Spanish government “violates not only its own laws but also international law,” he argued. The Jordanian lawyer also noted that the entry of this person using an Algerian plane, a medical escort, fake documents, and a fake name reveals the extent of the interest of the Algerian authority in the leadership of this separatist front. “This shows the role of Algeria’s authorities and their direct involvement in the artificial crisis over the Moroccan Sahara since independence,” said Al-Khalayleh, who is also a member of the International Platform for the Defense and Support of the Moroccan Sahara. The independent Spanish justice, in accordance with the law and through the Public Prosecutor’s Office, must conduct an investigation, verify the identity of this person, bring him to justice and implement the arrest warrant issued against him, he added. It is also the duty of the European Union and all humanitarian organizations to urge the Spanish state to implement the law against perpetrators of crimes against humanity so that there is no precedent for evading justice for political calculations, the lawyer concluded.