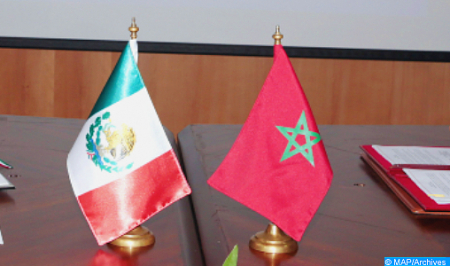 The Moroccan-Jewish Association of Mexico expressed its deep outrage at the decision of the Spanish government to allow the so-called Brahim Ghali to enter its territory, in defiance of its own laws and international law, deeming it imperative that he be arrested immediately to answer for his crimes of genocide and terrorism. “The so-called Brahim Ghali is the leader of an armed separatist and terrorist group whose purpose is to undermine the territorial integrity of Morocco, a sovereign state, to serve Algeria’s hegemonic agenda,” the Association said in a statement signed by its president, Moises Amselem. The transfer of the so-called Ghali in an Algerian medical plane, with an Algerian diplomatic passport under the fake name of “Mohammed Benbattouch”, is “a new undeniable proof of Algeria’s responsibility in the regional dispute over the Sahara,” the statement noted. “This individual is being prosecuted by the Spanish justice for crimes against humanity, including crimes of genocide, torture, enforced disappearance, sexual violence and rape, and an arrest warrant was issued against him by the Spanish authorities in 2008,” it added. The prosecution of persons guilty of crimes against humanity is a peremptory norm of international law, from which no derogation is allowed. “We reject the idea of double standards and that geopolitical interests prevail over the law. We strongly support all initiatives taken to bring to justice the so-called Brahim Ghali for his crimes and we express our disapproval of the attitude of the Spanish government, which violates not only its own laws but also international law by allowing a perpetrator of crimes against humanity to enter its territory with impunity,” pleaded the Jewish-Moroccan Association of Mexico. “We express our full support to the victims of the abuses of the so-called Ghali, who feel insulted by the complicity of the Spanish government with their executioner,” the same source added. The association urged all member states of the United Nations to “contribute to the investigation and prosecution of the so-called Ghali, in accordance with their international obligations.” It also reiterated its call to the international community to “put an end to the situation of lawlessness prevailing in the camps of Tindouf, due to the illegal delegation of authority from Algeria to the polisario, in violation of international humanitarian law. In its statement, the Association expressed its “full solidarity with the populations sequestered in the camps of Tindouf, as well as with the victims of human rights violations in Algeria.”