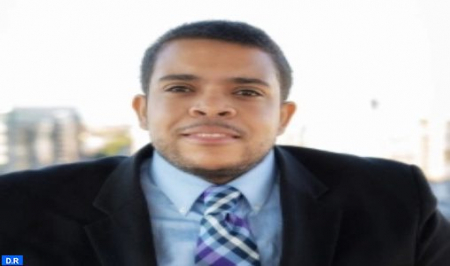 The phone conversation between the U.S. Secretary of State Antony J. Blinken, and the Minister of Foreign Affairs, African Cooperation and Moroccans Abroad Nasser Bourita, confirmed the “historic and strategic” dimension of the relationship between Washington and Rabat, said U.S. analyst, Calvin Dark. It also demonstrated that the Biden administration relies on Morocco as a “key partner” for security in the Sahel, development in Africa and peace in the Middle East, the international affairs expert told MAP. “The talks between Secretary Blinken and Minister Bourita demonstrated that relations between Morocco and the United States are not just historical and friendly – they are active, growing and strategic,” he said.  The new U.S. administration works to reclaim America’s place on the international landscape and “restore confidence on the fact that it values cooperation and partnership with allies. It is clear that the United States wants Morocco to be a key partner for security and stability in the Sahel, economic development in Africa, peace in the Middle East, and the fight against climate change,” Dark stated. “No other country in the region is better positioned for meaningful partnerships with the United States,” the U.S. analyst added, noting that the substance of Friday’s bilateral discussions between the two officials is “proof that the United States is convinced of this reality.” During his phone conversation with Morocco’s FM, Blinken noted that the “long-standing strategic partnership” uniting Morocco and the United States is “based on shared values and interests in regional peace, security and prosperity.” According to U.S. news site Axios, Secretary of State also said that the Biden administration would not reverse the U.S. recognition of Morocco’s sovereignty over the Sahara.