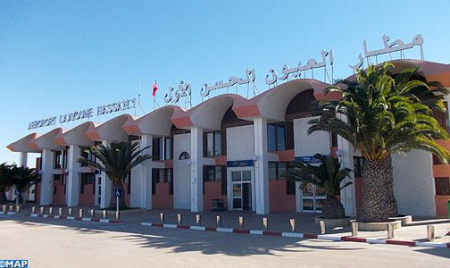 Passenger traffic fell by 19.84% at Hassan 1st airport of Laâyoune during the first three months of 2021 compared to the same period of the previous year, according to data provided by the National Airports Office (ONDA). The number of passengers having transited through this airport reached 47,293 at the end of March, against 59,000 travelers during the same period of 2020, said the same source. In March alone, some 17,271 travelers used Laayoune airport, compared to 12,036 passengers during the same period of the previous year, an increase of 43.49%. March’s results place this airport platform in the 8th place nationally and in second place in the southern provinces behind Dakhla Airport (7th). The Kingdom’s airports recorded last March a commercial traffic volume of 400,863 passengers compared to 2,066,199 passengers in March 2019, and 941,790 passengers in March 2020, a decrease of around -80.60% and -57.44% respectively.