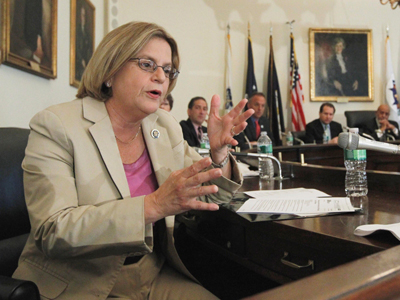 The Moroccan autonomy plan as a final solution to the Western Sahara conflict is continuously gleaning support within the international community and particularly the United States. A majority of Republican and Democrat members of the Congress and the Senate, was reiterated by the president of the foreign affairs committee at the House of Representatives (Congress), Ileana Ros-Lehtinen, “a bipartisan majority whether at the House of Representatives (223 members), or at the Senate (54 members) has expressed our adherence to the American policy supporting the autonomy proposal made by the Kingdom of Morocco so as to settle the Sahara issue” has underlined Ros-Lehtinen, in a letter to the State Secretary, Hillary Clinton. While expressing her concern about the “lack of progress” in the efforts aiming at getting out of this present deadlock and the growing up of extremism and drugs traffic in the Sahel and in West Africa, Ros-Lehtinen has stated that a realist solution to this conflict “would be the kind of solution that would create a climate of security in the region and serve the interests related to the American national security”.
She has called for this purpose, the chief of the American diplomacy, Hillary Clinton, to act so that the coming negotiations about the Sahara would be the occasion for the parties to « discuss the realist and practical solutions ».
“I remain convinced that we can find a solution to this conflict which has too much lasted, and thus , contribute to settle stability and prosperity in the region in favour of the pragmatic negotiations », has concluded Ros-Lehtinen.

This is what has probably led the American State Secretary, Hillary Clinton, who was last Thursday in Tunis, to declare that any settlement of this Western Sahara issue would pass through a mediation involving all the interested parties, including Morocco and Algeria. Hillary Clinton who was questioned by the private Tunisian TV Channel “Nessma” on the position of her country concerning the Sahara issue, has moreover specified that her country’s government continues supporting the peace process undertaken under the UN aegis.
Without a political settlement to « this conflict which lasts since a long time, it would be impossible to reach an economic complementarity and integration in the Maghreb region », has concluded the American State Secretary.