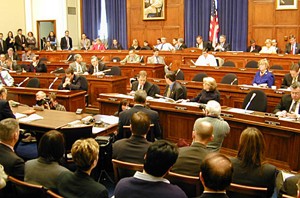 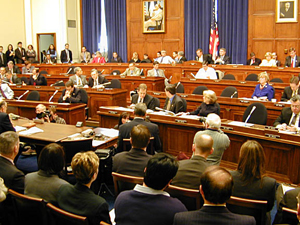 Some influential members of the American Congress have called the UN Secretary General, Ban-Ki-moon, to encourage the present political process of negotiations on the Western Sahara on the basis of the Moroccan autonomy initiative.
“We urge Your Excellency to encourage your personal Envoy, Christopher Ross, so that he supports the present political process of negotiations on the Sahara, taking into consideration the Moroccan autonomy initiative as a basis for any settlement », have underlined these congressmen in a letter addressed to Ban-Ki-moon.
Through this proposal, « Morocco has proved to the international community its commitment to resolve this issue by putting at the disposal of the concerned populations the mechanisms allowing them to manage their own affairs under the Moroccan sovereignty and thus to hold back the increasing power of Al-Qaida in the region”, underlines the letter sent before the Security Council’s consultations for the renewal of the MINURSO mandate.
The members of the US Congress call, furthermore, Ban Ki-Moon to show « extreme carefulness so as not to support the attempts to deviate the political process of its present course”.
Besides, they deplore “the sufferings born by thousands of persons in Tindouf camps in Algeria, whose rights to dignity, freedom of movement, work and freedom of expression are daily trampled underfoot”.

It is to put an end to such sufferings and to a conflict which has too much lasted, recalls the signatories of the letter, which Morocco has submitted to the UNO, in 2007, the autonomy proposal so as to get the negotiations out of the deadlock. The Moroccan proposal, they reminded, has been recently welcomed by the president of the foreign affairs committee at the American House of Representatives, Ileana Ros-Lehtinen as well as by the State Secretary, Hillary who has qualified it of  being  “serious, credible and realist” and responds to the concerned populations’ ambitions.
Among the signatories of the letter, come namely John Convers and Bernie Thompson, respectively, former president of the legal committee and the internal security committee, and actual eminent members of the legal committee as well as their colleagues Mike Ross, Tim Holden, Steve Israël and Lacy Kay.
The latter think to be finally convinced that the Moroccan proposal “would preserve the dignity of all the involved parties, get together separated families and protect the neighbouring countries from the increasing threat of Al-Qaida”.