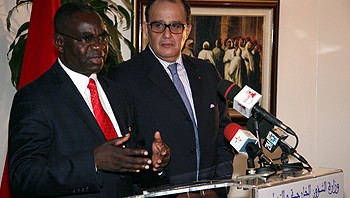 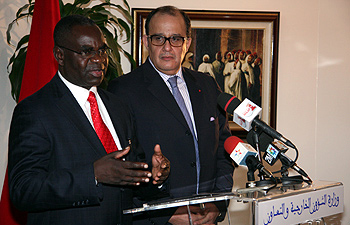 Confronted to internal major tensions, Algeria has been obliged these last times, to push into the background, the defense of its Polisairo protégé and their separatist thesis. The only real international support to the Polisario Front, the Algerian diplomacy, seems to be more and more exhausted. Even the African countries which were loyal allies to Algeria in its blind support to Polisario, have given it the slip. Algeria does no more find support abroad among political parties and NGOs to which it was used to give the money of the Algerian taxpayers. An increasing number of countries are withdrawing their recognition of the fanciful Sahrawi Arab Democratic Republic (SADR), for the simple reason that Algiers arguments are the less and less credible and convincing. The countries which, just at the beginning of the creation, by Algeria and Libya of the separatist movement in the 70s, have believed in ideals and the separatist movements strongly recommended by the revolutionary Algeria have ended by discovering the hoax.
They realized that the Algerian regime has, in reality, used the Western Sahara issue only to reach its hegemony ambitions and its dream to impose its leadership in the African Continent. But, as the truth ends always by being known, in ten years only, not less than thirty among those countries have withdrawn their recognition of the pseudo SADR.

The two last ones to have put an end to this masquerade are Zambia and the Papua New Guinea. The Republic of Zambia has officially announced on the 2nd of April 2011, through its Foreign Affairs Minister, Kabinga J. Pande, the withdrawal of its recognition of the ghostly Sahrawi republic. Three days before, the Foreign Affairs Minister of THE Papua New Guinea has informed his Moroccan counterpart, Taib Fassi Fihri, that his country has withdrawn its recognition of the pseudo “SADR”, starting from 30th March 2011. Today, no European country recognizes this entity and more than two thirds (35) of the African countries, 12 member countries of the Pacific forum as well as the almost total Asian countries and the total members of the Oceania do no more recognize this puppet entity. Whereas, Morocco is more and more supported and consolidated in its legitimate rights to its territory integrity. The autonomy plan submitted in 2007 to the UNO as a solution for the settlement of the old Western Sahara conflict, has been qualified of credible and serious by different international instances and great Western capitals such as Paris, Washington and Madrid. We are, thus, in the right to ask which other subterfuge remains for these Polisario mercenaries and their Algerian mentors to keep a tight rein on the destiny of thousands of Moroccan Sahrawi obliged to stay in a forced exile and ostracism in Tindouf camps?