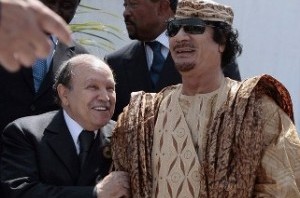 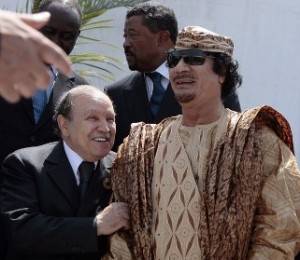 Left more and more alone by his African godfathers, not well backed in more than one Western capital and confronted to the increasing internal social tensions, the Algerian President Abdelaziz Bouteflika, ardent defender of the Sahrawi cause, finds himself in an indecent isolation. His defense in the thorny Western Sahara issue in which his country gets stuck, do no more convince anybody neither at the UNO nor even behind the scene of the African Union. The Algerian newspaper “El Watan” has written in its Thursday edition that the Algeria of Bouteflika “has some difficulty in gathering support for its Sahrawi cause”. In an article entitled : “Diplomacy: Algeria went off its head”, “El Watan” recalls that “in ten years, not less than 11 countries have withdrawn its support to the SADR. Terrible boomerang of a chancy diplomacy”.
In reality, it concerns rather, as has recently recalled the Chief of the Moroccan diplomacy, thirty countries which have definitely put an end to their recognition of the so-called Sahrawi Arab Democratic Republic (SADR), a pure creation of the Bouteflika/Kadhafi duo. Paris, Washington, Madrid have declared openly their opposition to the balkanization of the Moroccan territory by separating it from its Sahara called Western Sahara, a dream cherished so much by the Algerian authority. During more than 35 years, Algiers did not afford any human, diplomatic and financial means to make the international community adopt the self-determination referendum principle for the benefit of the sequestrated Sahrawi populations in Tindouf camps. Today, President Bouteflika and his team mates are still running but they make their way alone in this path. The Polisario leaders are in a pickle. their false and propagandist  apologia has lost of its lustre abroad as it is the case inside Tindouf camps.

The young Sahrawis refute more and more the status quo. They simply require the departure of the Polisario chief, Mohamed Abdelaziz and his old guard which they qualify as corrupted leaders, tyrants and torturers. Invaded by the winds of Arab revolts, the Sahrawi protestors claim also more rights and freedom especially freedom of expression and movement. The populations in Tindouf camps do no more want to remain prisoners of the dictate that was imposed on them since more than three decades by the henchmen of Mohamed Abdelaziz. By presenting, on the table of negotiations, its autonomy proposal, Morocco offers to the other party an honourable way out “neither winner nor loser”, which would at the same time, put an end to the sequestrated populations’ agony.