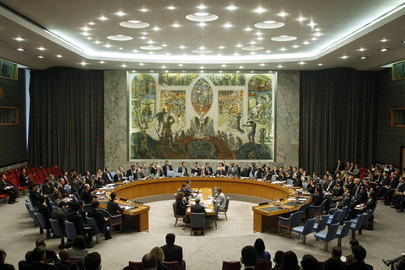 The draft resolution on the renewal of the MINURSO mandate which expires on the 30th April, is being discussed at preliminary level between the group of Sahara friends (USA, France, GB, Spain and Russia). The confirmation reaches us from an American senior executive who specifies, while choosing to remain anonymous, that « till today, no text has ever been presented to be discussed at the Security Council ».
“We wish that it happens very quickly and I do not want to judge beforehand the outcome of this process” of preliminary consultations, has told in confidence the American executive to journalists questioning him on Wednesday, at the UN headquarters in New York.
The renewal of this mandate, has he stated, is « one of the most difficult and the most debated issues”. It is “complicated and tedious, has he explained, because of the difference in points of view at the Council”.

Concerning the delay accused in the publication of the UN Secretary General’s report and Morocco’s refusal to include in this document, the project of a system for the control of human rights, the American executive has underlined the following: “we are obviously very aware that human rights issue is very important and preoccupies all the Council members”. He adds that “we will continue trying to understand the context of negotiations and look exactly for the way to tackle and recognize the important achieved progress”.
Questioned about Morocco recent initiatives regarding human rights, (creation of the National Council for Human Rights (CNDH) and an inter-ministerial delegation in charge of human rights and the reinforcing of the mediator institution), he has specified that his country has really taken note of “the important progress” achieved recently by the Moroccan Government.
“I think that it is not important », has he said, greeting on the way the Moroccan authorities for having expressed their will to welcome, at any time, any reporter from the UN Human Rights Council to accomplish a mission regarding this matter in the Kingdom. Face to this receptive spirit and to the progress achieved in Morocco regarding human rights, observers are questioning about the reasons behind the quasi-total silence observed by the UN bodies and international NGOs specialized in human rights, about what’s happening each day in Tindouf camps under the Polisario Front control and under the eye of the Algerian authorities.
A total silence waiting for responses, especially at the time when the Security Council is getting ready to receive the final report of the UN Secretary General about the Sahara about the renewal of MINURSO mandate.