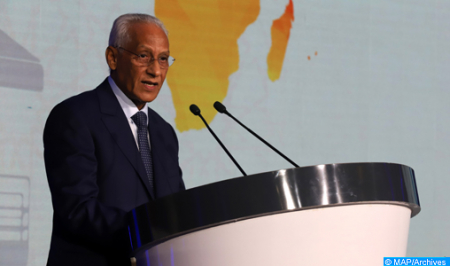 Morocco is an independent state with a strict separation of powers, said General Delegate for Prison Administration and Reintegration, Mohamed Salah Tamek, underlining that the Moroccan judicial system “is mature enough to freely decide upon such cases brought before it.” Tamek made these comments in a letter sent Monday to Professor John Waterbury, following his “interference” with cases brought before the Moroccan judicial system.  “Pursuant to an article published in the Washington Post in ”Letters to the Editor”, I would like to react as a Moroccan citizen, as a former University Professor and also as someone in charge of Moroccan prisons,” Tamek pointed out in the letter, noting that the author of the article “certainly overestimates the professional worth of the two so-called journalists.”  “You identify one of them as an investigative journalist allegedly working on cases of corruption. Paradoxically, though, the Moroccan public who is always alert about corruption prosecuted cases is unaware of any such cases reported by this person,” Tamek stressed. Regarding the second one, “known for a few editorials in a Moroccan Newspaper, and who has no academic background or diplomas, he has published a few articles that were sponsored by partisan activists of a certain doctrine,” he added. “In your article you claim that both inmates +have not violated Moroccan law+, relating their prosecution to alleged journalistic investigations over major corruption cases,” Tamek said.  “I am puzzled that a professor of your status reaches such a conclusion. You gave credence to allegations whispered in your ear by people seeking to paint a dismal picture of the human rights situation in the Kingdom, without consideration for the fact that the concerned convicts are being prosecuted for rape cases.”  “Worse still, by so doing, you not only violate the rights of other parties to the trials, but you also display an unfounded contempt for Moroccan justice,” Tamek underlined. “When it comes to what you referred to as +hunger strike+, would you consider someone who eats honey, dates and other tonics a hunger striker?!”, he went on.  “In conclusion, I would like to draw your attention to the fact that the country that you qualified as an ally to the United States and as a +remarkable country+ and that might serve as a +beacon for its region+ is an independent state with a strict separation of powers and that its judicial system is mature enough to freely decide upon such cases brought before it, without receiving lessons from other countries that cry high and loud for the independence of justice,” the Moroccan official stressed. “I defend the right for a fair trial of the two inmates in question and of anybody else’s, in Morocco as well as worldwide,” Tamek concluded.