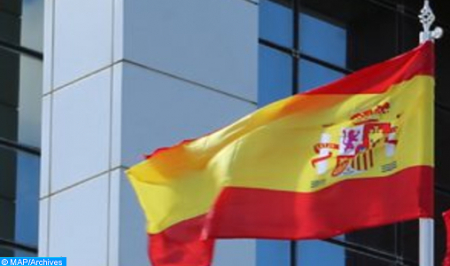 The protection by Spain of the so-called Brahim Ghali, leader of the polisario separatists, prosecuted for heinous crimes and serious violations of human rights, “embarrasses the EU”, writes the European portal “EU Political Report”. The leader of the separatists, admitted to a hospital in Logroño, under a false Algerian identity and with false papers, “hoped through this subterfuge to escape the Spanish justice” which prosecutes him for genocide, rape, terrorism, war crimes and serious violations of human rights against Spanish and Sahrawi victims, said the portal. According to “EU Political Report”, the attitude of the Spanish authorities in this case has embarrassed the European Union and triggered protests from polisario victims. In Spain, hundreds of victims demonstrated in Madrid, Tarragona and other cities to denounce Madrid’s attitude and to ask the judiciary to reactivate and accelerate its ongoing prosecutions to prevent the separatist leader from escaping Spanish justice. “EU Political Report” also refers to the complaint of rape filed in 2010 against the so-called Brahim Ghali by Khadijatou Mahmoud, a young Sahrawi, from the camps of Tindouf, as well as the one filed on April 24 with the investigating judge of the court of Malaga by the Spanish political scientist, Pedro Ignacio Altamirano, accusing the leader of the separatists of being the instigator of death threats addressed to him by militias of the polisario through the social networks. Meanwhile, notes the portal, in Brussels, the European External Action Service, led by the Spaniard Josep Borrell, “appears to have been stunned into an embarrassed silence by this quite astonishing undiplomatic behaviour on the part of the Spanish.” “Europe cannot treat its friends and allies in such a cavalier manner, and expect to be taken seriously as an international partner,” the website stresses. The leader of the polisario separatists “must be brought to justice, and Morocco as a trusted and respected partner of the EU deserves proper answers to the questions that it has raised concerning this case,” the portal concludes.