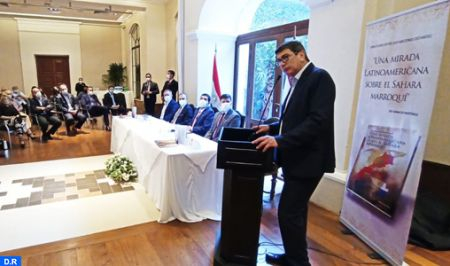 With risky decisions and sloppy positions, Spain “plays with fire and puts all of Europe at risk”, by protecting a criminal hostile to the territorial integrity of Morocco, an issue that is however dear to it when it comes to its own territory, said the prominent Paraguayan political analyst, Ignacio Martinez. “Spain wants to put Europe at risk. It is playing with fire by protecting the leader of the polisario separatists,” the analyst told MAP, for whom it is difficult to find other explanations to qualify this “voluntary and flagrant indirect interference”. For this Paraguayan writer and journalist, “Morocco is quite right to express its discomfort with Spain, which has a responsibility towards Europe, as a bridge linking in many ways the old continent to Africa”. “Spain is putting its own security at risk. The crisis between Rabat and Madrid may worsen because of the lack of strategic vision of the European country,” he lamented. “The Sahara is a matter of state for Morocco. For this reason, Morocco is working by all means to find a lasting solution in full respect of international law and its indivisible sovereignty,” said the Paraguayan expert. Recalling “the magnitude of diplomatic successes achieved by Morocco over the past year,” the Paraguayan observer deplored the fact that Spain is trying to put obstacles in the way of Moroccan diplomacy, which is working for a definitive solution to an artificial conflict that has lasted too long. Spain has initiated a deplorable episode that undermines a cooperation patiently built for a long time by deciding to host the so-called Brahim Ghali, accused of heinous crimes in Spain, said Martinez. The Spanish government, which claims “humanitarian reasons” to justify the blunder, is in collusion with separatists hostile to Morocco, noted Martinez, adding that Spain has ignored the warnings issued by its own civil society, concerned with peace and development in the Mediterranean region.