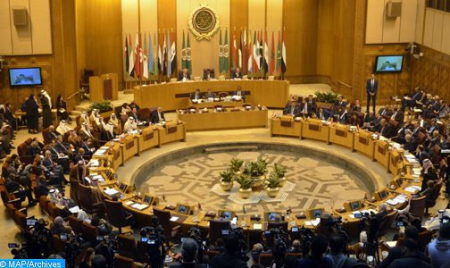 The Arab League on Wednesday welcomed the decision of His Majesty King Mohammed VI, Chairman of Al-Quds Committee, to send emergency humanitarian aid to the Palestinians in the West Bank and Gaza Strip. The General Secretariat of the League of Arab States welcomes, in a statement, the emergency aid provided by Arab countries, including Morocco, to the Gaza Strip, in order to alleviate the suffering of the Palestinians following the brutal Israeli aggression launched by the occupation forces since May 11. It also commended the organization of support campaigns, the provision of various forms of material aid, as well as official and civil donation campaigns from all Arab countries, which confirms the role and importance of Arab solidarity in providing support for the Palestinian cause, which remains a central issue for the Arab nation in the face of the brutal Israeli occupation and its continuous aggression against the Palestinian people. The League of Arab States called on all Arab and Islamic countries supporting the Palestinian cause to increase efforts to help the Palestinian people. It also urged the international community to put pressure on the Israeli occupation to stop the aggression immediately, to open the crossing points that were closed due to the aggression and to facilitate the movement of the wounded and sick to complete their treatment in specialized hospitals outside the Gaza Strip.