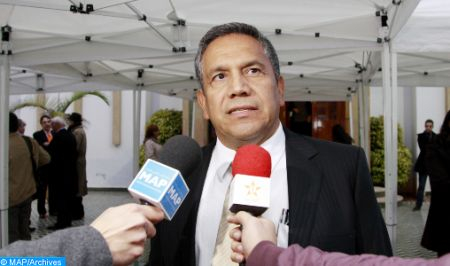 By hosting the leader of the separatist militias, prosecuted for genocide and terrorism, Spain “disregards the good neighborliness and partnership spirit” with Morocco, said Mexican political scientist, Román López Villicaña. “This is unfortunate and challenging. For Morocco, there is a good neighborhood treaty between the two countries. Not informing the Moroccan government of the presence of the so-called Ghali in Spain is to ignore this treaty,” said in a statement to MAP, this professor of international relations at the University of the Americas in Puebla, Mexico. He added that in the face of this situation, “Morocco is entitled to act with the same hostility. We know it is a criminal that the socialist government hides”, added Villicaña. For this expert in international relations, Morocco “collaborates with its partners in all areas, including the economic and security aspects. In terms of migration, Morocco supports the European Union to deal with illegal immigration and fight against human trafficking”. At the same time, he noted, Morocco is faced with the “massive flow of sub-Saharan migrants and elsewhere who try to reach Europe but end up settling in its territory”, recalling that Morocco, like his country Mexico, become for many migrants, countries of residence and not only of transit. For the Mexican expert, the Kingdom “should not accept the role of policeman to the EU, because it cannot prevent all the people who want to emigrate to Europe to try to have a better life there. In general, they come from formerly colonized territories that are still exploited by the Europeans”. He concluded that in solidarity with the EU and “in the name of good neighborliness, Morocco has tried to stop the waves (of immigrants). Now, in reciprocation of Spain’s actions, it is only fair that Morocco also reviews its policy”.