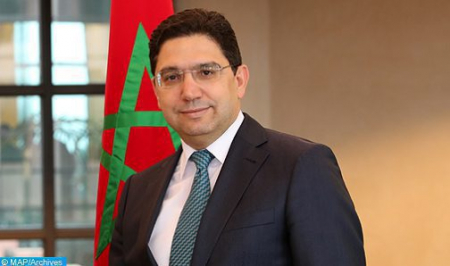 Morocco’s Ambassador to Madrid, Karima Benyaich, has been recalled for consultations in relation to a crisis that goes back to mid-April, namely the hosting by Spain by the so-called Brahim Ghali, and for which Morocco has not yet received any clarifications or reactions, said Thursday the Minister of Foreign Affairs, African Cooperation and Moroccans Abroad, Nasser Bourita. In a statement to MAP, Bourita stressed that Benyaich received the indications of her recall for consultations in Rabat the day before she was summoned by the Spanish Foreign Ministry. The Spanish authorities gave the Moroccan diplomat 30 minutes to come to the Ministry of Foreign Affairs, which is “an unprecedented act that is unusual in relations between neighboring countries and rare in diplomatic practice”, noted the minister, adding that the ambassador of His Majesty the King receives instructions only from her country. The crisis will last as long as its real cause is not resolved and Morocco refuses to receive this kind of intimidation, based on clichés from the past, and will remain clear about the origin of this crisis, its genesis and the people behind it, Bourita pointed out.