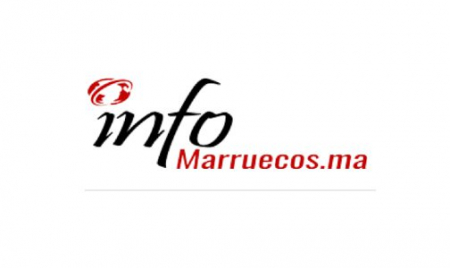 The recent diplomatic crisis between Madrid and Rabat is due to the refusal of the Spanish Ministry of Foreign Affairs to provide explanations about the secret and illegal hosting of the Polisario separatists leader Ibrahim Ghali in Spain, says on Thursday news website ‘infomarruecos.ma’, noting that the crisis has worsened after the Spanish judiciary did not move to summon him for the charges levelled against him. In an article by economic expert Abdelwahed Ouarzazi, the news website underlines that the silence of the Spanish Prime Minister, Pedro Sanchez, and his Foreign Minister, Arancha González Laya, had opposite results, recalling the comments of the Kingdom’s ambassador to Madrid in which the diplomat said that “actions have consequences that must be borne.” Summoning the Moroccan ambassador to Madrid by the Spanish Foreign Ministry and informing her that relations between two “neighboring and friendly” countries should be based on “mutual trust” is “rude”, the source said, highlighting, in this regard, the “paradox” that marks the Spanish position after Madrid had secretly received the enemy of “its friend and neighbor,” Morocco, “betraying the trust it is talking about.” Ouarzazi notes that the Spanish Foreign Minister “still insists, despite everything, that what happened has nothing to do with the case of the so-called Ghali, which confirms that Spain’s foreign policy is in the hands of people lacking experience.” Regarding the humanitarian justifications claimed by Madrid to receive the so-called Ghali, Ouarzazi underlines that the recent entry of waves of irregular migrants to Ceuta is a test of the ability of the Spanish prime minister and his foreign minister to welcome them for “humanitarian reasons” as well. On the other hand, Ouarzazi slammed the Spanish media treatment of the current diplomatic crisis between Morocco and Spain, noting in this regard that opinion writers “are almost unanimous in holding Morocco accountable while directing insults and belittling the kingdom and giving credence to the arguments advanced by Madrid. The “most aggressive” positions came from the left-wing press, he points out. The article concluded that the crisis caused by the Sanchez government and his foreign minister against the vital interests of Morocco “will not end,” adding that the possibility of a return to normal relations “will take place when the leader of the Popular Party will head the Spanish government.” Morocco has decided to summon its ambassador to Spain, Karima Benyich, for consultations after Madrid did not provide explanations regarding the hosting of the leader of the separatists, Ibrahim Ghali, under a fake identity.