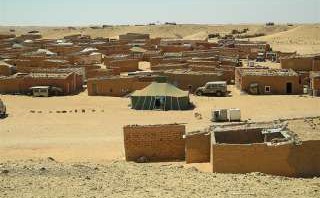 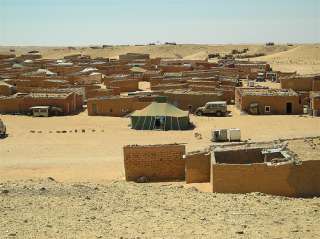 The census of the Sahrawi populations in Tindouf camps, an old legitimate request of Morocco for the settlement of the Western Sahara conflict, has finally a chance to be put into execution. For the first time, the Security Council asks formally the HCR to act so that the census of the populations in Tindouf camps takes place, echoing the call made, in this regard, by the UN General Secretary, Ban Ki-Moon. This disposal has been announced at the occasion of the adoption by the Council, of the UN resolution 1979 regarding the renewal of the MINURSO mandate till 30th April 2012.
Consequently, the Council recognizes that the census, refused till this date by the Polisario and its protector, Algeria, the country hosting the refugees in Tindouf camps, constitutes an essential legal prerequisite for an efficient international protection of the Sahrawi populations sequestrated on the Algerian territory in Tindouf.

“We are particularly happy that the Security Council has, for the first time, included a clause asking for a census of the populations » in Tindouf camps, has declared Ambassador Mohamed Loulichki, permanent representative of the Kingdom at the UNO. The Moroccan diplomat said to be convinced that once this operation accomplished, its  “results would certainly change the perception by the international community of this dispute which prevents the countries in the region from going ahead towards unity, solidarity and the building of a common future”.
Adopted unanimously by fifteen members of the Council, the resolution preserves and reinforces as a whole, all the achievements accomplished by Morocco, during the last years, with the help of its “autonomy initiative” and enhances the value of important reforms announced on the 9th March, by King Mohammed VI to reinforce the promotion and protection of human rights.
Therefore, the resolution text, like the Secretary General’s report, does not mention “any international mechanism to monitor human rights”. Thus, it is here a clear disapproval of separatists and their Algerian mentors and South-Africans’ strategies calling for such a mechanism attached to the MINURSO. The Security Council was even satisfied of “the setting up of a Moroccan national council for human rights and its component proposed for the Western Sahara” to promote and protect human rights. With the adoption of the resolution 1979, Morocco would have marked a good point in the relentless diplomatic fight it leads against the enemies of its territorial integrity.