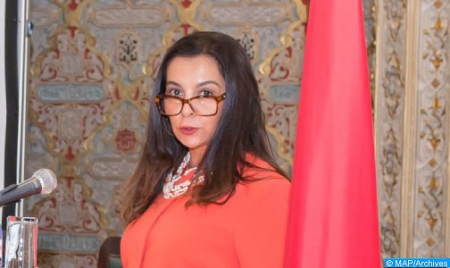 The use of the same process for the exfiltration of the so-called Brahim Ghali in the same way he had entered Spain is a choice that will maintain the status quo and worsen the crisis, said Friday Morocco’s ambassador to Spain, Karima Benyaich. The current serious crisis between Madrid and Rabat following the secret reception on Spanish soil of the leader of the Polisario separatists under a fake identity constitutes a test of the reliability and sincerity of the speech, conveyed for years, in favor of the good neighbourliness and the strategic partnership that have always prevailed between the two countries, the diplomat told Spanish media. This crisis also represents a test for the independence of the Spanish judiciary, “in which we have confidence”, as well as for the state of mind of the Spanish authorities regarding their willingness to strengthen relations with Morocco or to cooperate with his enemies, Benyaich pointed out. Spain has disgracefully chosen opted for opacity, by maneuvering behind Morocco’s back, and by welcoming and protecting this criminal and executioner, by invoking humanitarian considerations, which constitutes an offense to the dignity of the Moroccan people, she said. Faced with the current serious crisis with Spain, Morocco is not expecting any favor or complacency, she noted, adding that the Kingdom only asks for respect for the spirit of the strategic partnership linking it to Spain and the application of Spanish law. Indeed, the person to whom Spain has allowed entry into its territory with a fake passport is prosecuted by the Spanish justice for crimes against humanity, serious violations of human rights and rape, she recalled, noting that his victims are of Spanish nationality and that some of the acts with which he is accused of were committed in Spain.