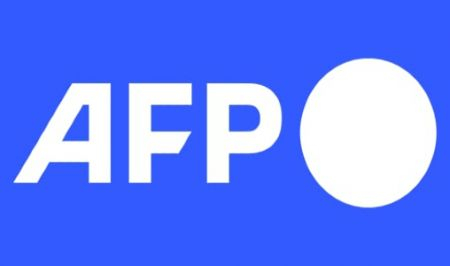 The AFP office in Rabat has a long history with Morocco. Its handling of the various events taking place in our latitudes has very often evolved according to the opinions and convictions of its correspondents, militant for one cause or another, without this ability to get rid of this posture of lesson giver by simply describing the facts, all the facts while respecting the ethics. The coverage of the Ceuta events by the “very special” envoys of the AFP, proceeds from this unethical approach of wanting to demonize Morocco and to sabotage its image both in the eyes of the Europeans and in the eyes of a certain Moroccan elite fond of reading the news of their country through the media of the Hexagon. In this case, the AFP quickly launched into an accusatory logorrhea from the very first news article, suggesting that Morocco deliberately let the migrants pass, in retaliation for Madrid’s decision to host, under obscure conditions, the leader of the polisario separatists to treat him in its hospitals. For the AFP, the dividing line is immediately drawn. The verdict is pre-established and final: the Moroccan authorities are accused of having “deliberately” opened the floodgates of the massive migratory flow towards Ceuta. AFP correspondents claim to be vigilantes to the detriment of their mission to inform in all objectivity and allow themselves to accuse some and to exonerate or even victimize others. Demonstrating a blatantly asymmetrical and selective handling, AFP did not, for example, consider it useful for its readers to report on a video showing Spanish civil guards throwing migrants into the sea, using batons. In the same vein, the French agency takes the slippery slope of an outdated Eurocentric reflex to teach us by colonial tropism that “the borders of Europe end in Africa. More than an aberration, a complex that it has been dragging like a burden for centuries, at the expense of the historical and geographical evidence, in defiance of the requirement of truth that should guide the work of “the historians of the moment”, in this case the AFP correspondents. Just like its handling of the Moroccan Sahara issue when its correspondents in Algiers put the pseudo “SADR” in their news article without taking the usual precautions by specifying that it is a self-proclaimed entity, not recognized by the international community, the handling of the Ceuta events denotes a hostility that has become systematic when AFP evokes the subject Morocco. The AFP’s media handling of the migration crisis, for which Europe shares a major responsibility, has taken the form of a real bludgeoning. In Ceuta, all journalistic genres were experimented (reports, angle papers, portraits) with an exaggerated emphasis and a proven overzealousness on the aspects presenting Morocco as an “aggressor” on its own territory. Are Ceuta and Melilla not Moroccan? Like this miserable and petty exercise to which the AFP has lent itself when it speaks of “panic, pity and anger in the face of the wave of migrants” or when it justifies the access of these migrants to Ceuta by a social climate, a result of its degrading imagination: “Most of the newcomers are young men, sometimes teenagers, who swam to the beach of Ceuta in the hope of finding work and escaping poverty, unemployment and hunger in Morocco,” reports the official French agency, for whom all pretexts are good as long as it serves to tarnish the image of Morocco. We have seen and heard everything… except the truth in this work cynically oriented to serve the hidden purposes of a news agency losing its bearings.