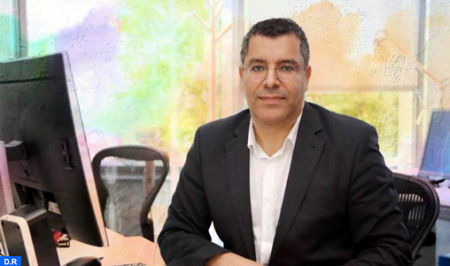 By hosting the leader of the polisario separatists in suspicious conditions, “Spain has displayed a high degree of cynicism and opportunism,” political expert Mustapha Tossa said on Saturday. Rabat has caught Madrid in “blatant lies and duplicity” on a matter that the Spaniards know is vital for the Moroccan neighbor, Tossa explained in an analysis published on the Atlasinfo website. In the case of Berlin, Rabat found that the Germans, far from their apparent behavior of neutrality, “worked in mute to the implosion of a sequence favorable to Moroccan interests,” he noted. Whenever there was a disagreement between Morocco and its European neighbors on fisheries, immigration, or taxes, one or more meetings would clear up ambiguities, resolve hostilities and reach a consensus, he wrote. But, the crisis that Rabat is undergoing in its relations with Madrid and Berlin is different because it is “essentially political”, he added. “After having long adopted a gray and uncertain approach, some European countries are forced to an honest exercise. Today Europe is under pressure to reach a common position that will shed new light on its relations with the Maghreb region,” he said. The challenge for Paris is to convince its European partners, Madrid and Berlin, of the relevance of its perception of this crisis to avoid costly rifts and dangerous disruptions, Tossa concluded.