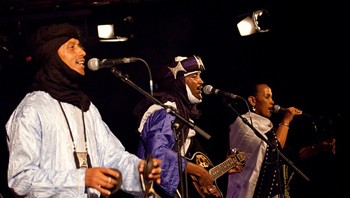 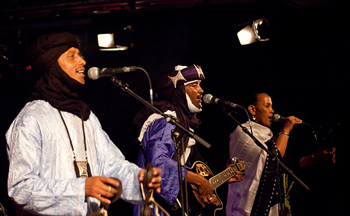 The Moroccan Sahrawi patrimony and particularly the Hassani culture specific to the Moroccan Southern provinces, will has the place of honour, on the 3rd and 4th of the coming June in Brussells, within the “Nass Sahra” (people of the Sahara) Festival. Organized at the initiative of the House of Cultures and the social cohesion of the Belgium commune of Molenbeed Saint-Jean, this cultural demonstration will offer to visitors a small running off to discover the life style and typical Sahrawi traditions. At the programme of this festival, the organizers are planning some activities under Sahrawi tents, expositions, reading of Hassani poetry, music evenings and the discovery of the art of good cooking and local handicrafts. Some workshops are also planned to show the specificities and secrets of the millennium cohabitation of Sahrawi inhabitants in harmony with their environment in the vast spread desert.

The festival is supposed to enhance the value and make known the Moroccan Sahrawi patrimony highly influenced by the Hassani culture and its poetry, which constitute one of the expressions of oral tradition still alive and well taken care of and which continue being part of the everyday life of the Kingdom Southern provinces’ inhabitants. At the festival “Nass Sahra”, there would be Sahrawi songs, dances and music. Many talented groups and singers would participate to the great music evenings, such as Rachida Talal, Kel Assouf, Zahailina and Selmou. The Mayor of the Molenbeek Saint-Jean community, Philippe Moureaux who has visited many times the Moroccan Southern provinces, expressed his satisfaction about the great development this region has been undergoing, thus his willingness to reinforce the cooperation links between his community and the Southern provinces of the Kingdom. He, furthermore, greeted the Moroccan initiative for regionalization, which, has he assured, “would contribute ineluctably to establish peace in the region”.